Sympathy to the Family and Former Colleagues of Bill Hansard, Emeritus Director of Ellis Library 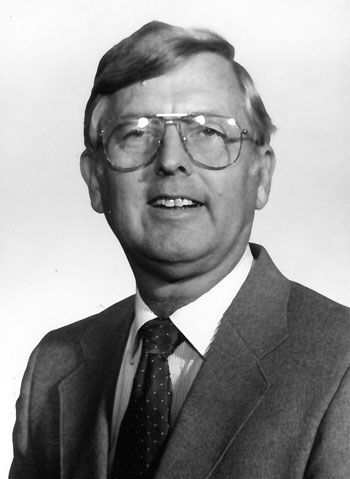 Hansard was emeritus director of the Dean B. Ellis Library at Arkansas State University. He served on the library staff from 1964 until retirement in 1996. His 32-year career was highlighted by the eight-story library expansion that was dedicated in 1995.

During the university’s Centennial Celebration in 2009-10, Hansard was recognized as one of the 100 Distinguished Staff of the institution’s first century, with his name included on the Staff Wall of Honor.

Hansard earned a bachelor’s degree in social studies at the University of Central Arkansas and his master’s degree in library science at Louisiana State University. Among his many contributions at A-State, he authored articles in scholarly publications, served in the Faculty Senate, and was active in professional groups, including a term as president of the Arkansas Library Association.

He and his wife Ruth had three children, Will, Sharon and Rebecca.

Visitation will be 1-2 p.m. Wednesday followed by the memorial service at Emerson Funeral Home.

The Dean B. Ellis Library clock tower will be lighted scarlet Wednesday evening as a memorial tribute to Hansard and his contributions to A-State. His complete obituary is online.

Original article source: http://www.astate.edu/news/sympathy-to-the-family-and-former-colleagues-of-bill-hansard-emeritus-director-of-ellis-library | Article may or may not reflect the views of KLEK 102.5 FM or The Voice of Arkansas Minority Advocacy Council