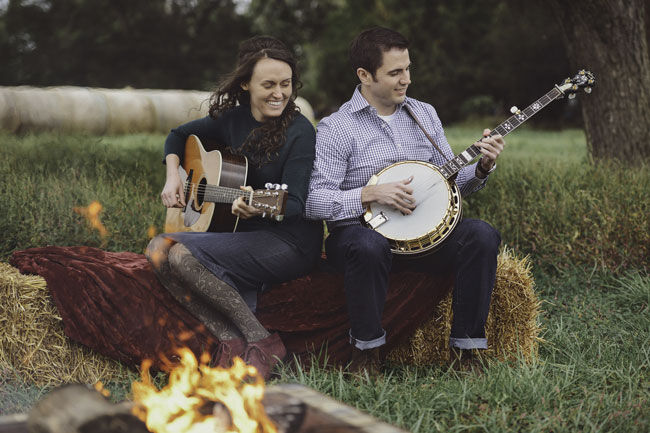 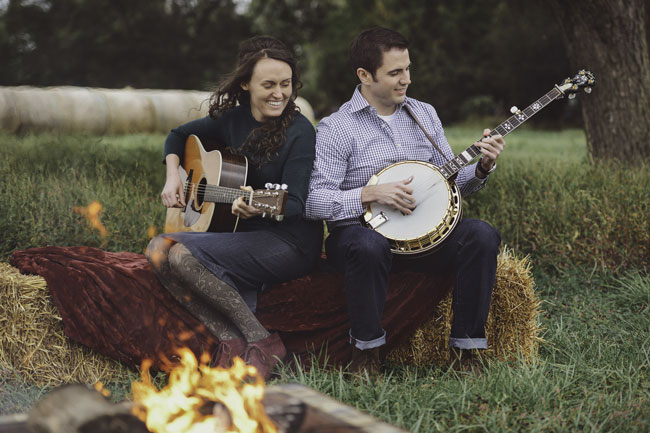 JONESBORO – The Kurt and Andrea Stephenson Band will perform traditional bluegrass and a variety of acoustic music at the next KASU-FM Bluegrass Monday concert.  The show will be at 7 p.m. Monday, March 28, at the Collins Theatre, 120 West Emerson Street, in Paragould.

The married couple Kurt and Andrea Stephenson are Arkansas State University graduates who have lengthy musical resumes.  They met at a musical event in Mountain View, almost 20 years ago.  Their musical influences include the Louvin Brothers, the Marshall Family, the Stanley Brothers, and the McGruders.

Kurt Stephenson is a native of West Tennessee who is a past winner of the National Bluegrass Banjo Championship, which is the premier banjo competition in the world.  He also has won multiple Tennessee state banjo championships.  In addition to leading his own band with his wife, Kurt is also a member of the Rebel Records recording group High Fidelity which is a three-time nominee for the International Bluegrass Music Association’s New Artist of the Year award.

Andrea Stephenson is a native of Fordyce, where she grew up performing bluegrass and gospel music with her family, the Nichols, at churches and bluegrass events around the region.

The Stephenson’s band includes father and son Jeff and Daniel Smith. They are part of the Jeff Smith Trio from Jackson, Tenn., which regularly performs gospel music around the region.  With the Stephensons, the Smiths will bring four-part harmonies to the band’s performance.

Corrina Rose Logston plays fiddle in the Kurt and Andrea Stephenson Band.  She is a past winner of the prestigious bluegrass fiddle competition at the Galax Old Fiddler’s Convention. Like Kurt, she is also a member of the band High Fidelity, and she performs with her husband, Jeremy Stephens, as the duo “The Stephens Brothers.” Corrina also plays in the band of Grand Ole Opry member Jesse McReynolds. Additional information about the group, including videos of the band in concert, is available on Facebook.

The admission fee is $10 per person, payable by cash at the door the night of the concert.  Everyone aged 18 and under will be admitted free.  Advance tickets can be purchased at www.kasu.org/tickets.  All proceeds go to the musicians, compensating them for their performance. All seating is general admission.  Doors open to the theatre at 6 p.m., and seating is first-come, first-served.

Original article source: http://www.astate.edu/news/stephenson-band-is-featured-in-upcoming-kasu-bluegrass-monday-concert | Article may or may not reflect the views of KLEK 102.5 FM or The Voice of Arkansas Minority Advocacy Council