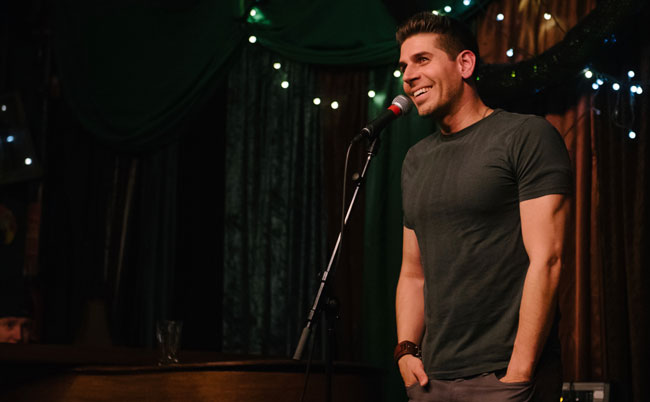 Presented by the Department of Theatre and the Office of Diversity and Community Engagement, the event will be followed by a reception and book signing with Gómez. Admission is free.

Gómez is the author of “Hijito,” for which he was awarded the Foreword Indies Gold Medal and the International Book Award for Poetry in 2020, and the coming-of-age memoir “Man Up: Reimagining Modern Manhood,” released by Penguin Random House in 2012.

His most recent book, “Fractures,” was selected by Pulitzer Prize-winning former U.S. Poet Laureate Natasha Trethewey as the winner of the Felix Pollak Prize in Poetry.

A native of New York City, Gómez has performed at nearly 800 colleges and universities in 47 states and headlined shows in 26 countries across five continents. He has been featured on NPR, TEDx, Upworthy, and Central Park SummerStage, and he partnered with John Legend for Senior Orientation, a program to counteract bullying and champion inclusive masculinity among high school students.

The former social worker and public-school teacher first made a name for himself by winning at the Apollo Theater’s Amateur Night and later as a member of the renowned Nuyorican Poets Café’s slam team. In 2008, he collaborated with Tony Award-winning tap-dance legend Savion Glover on Broadway.

He is a graduate of the University of Pennsylvania and the MFA program for writers at Warren Wilson College.

Original article source: http://www.astate.edu/news/poet-carlos-andr-s-g-mez-to-perform-at-riceland-hall | Article may or may not reflect the views of KLEK 102.5 FM or The Voice of Arkansas Minority Advocacy Council