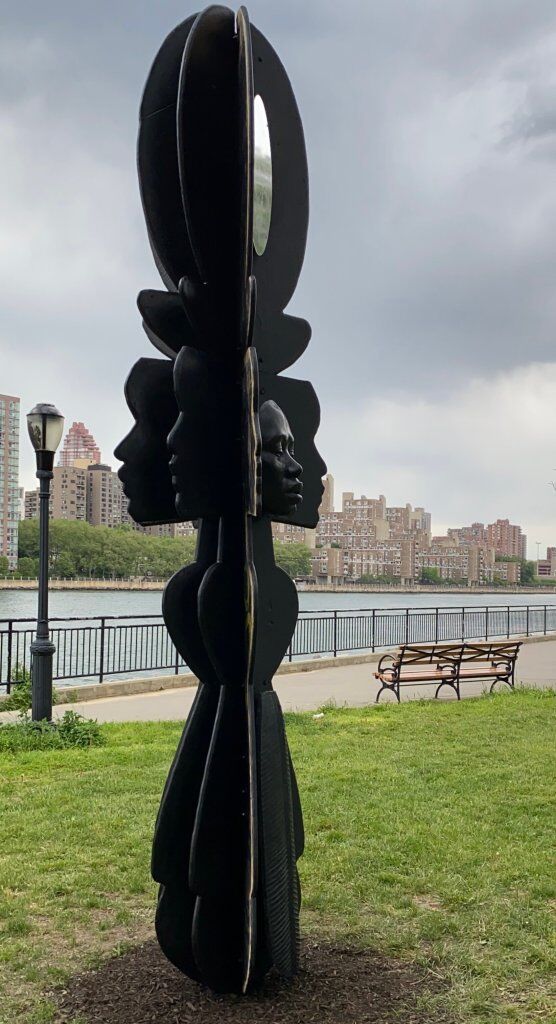 New York’s worthless studios, a not-for-profit space for artists, organized The Plywood Protection Project last summer in the wake of the 2020 Black Lives Matter protests, with the intention of making public art that paid tribute to the racial justice movement.

Tanda Francis, one of the five artists who worked on the project with worthless, used repurposed plywood from boarded-up storefronts to create a sculpture now on display in Queens called “RockIt Black.”

“To transform this plywood that was on the streets during the Black Lives Matter actual uprising is… amazing,” Francis told Reuters. “In my work, I actually use the color black and actually try to elevate it, kind of contrast to how it’s been sort of stigmatized in our culture.”

“New York City was covered in this plywood during COVID shutdowns and, you know, the peak of the Black Lives Matter protests,” said Neil Hamamoto, founder of worthless studios. “To me, it felt important to recycle the material because of its power and rhetoric.”

KaNSiteCurators and Caroline Mardok created “In Honor of Black Lives Matter,” which currently stand in Poe Park in The Bronx.

The five sculptures from the Plywood Project appear across the city and will remain on display until November 1.

Minneapolis and Chicago also have similar plywood art projects, which were featured along with New York’s in nytimes.com Arts & Design section.

Original article source: https://goodblacknews.org/2021/07/29/new-york-artist-tanda-francis-and-others-turn-plywood-from-black-lives-matter-protests-into-public-art/ | Article may or may not reflect the views of KLEK 102.5 FM or The Voice of Arkansas Minority Advocacy Council