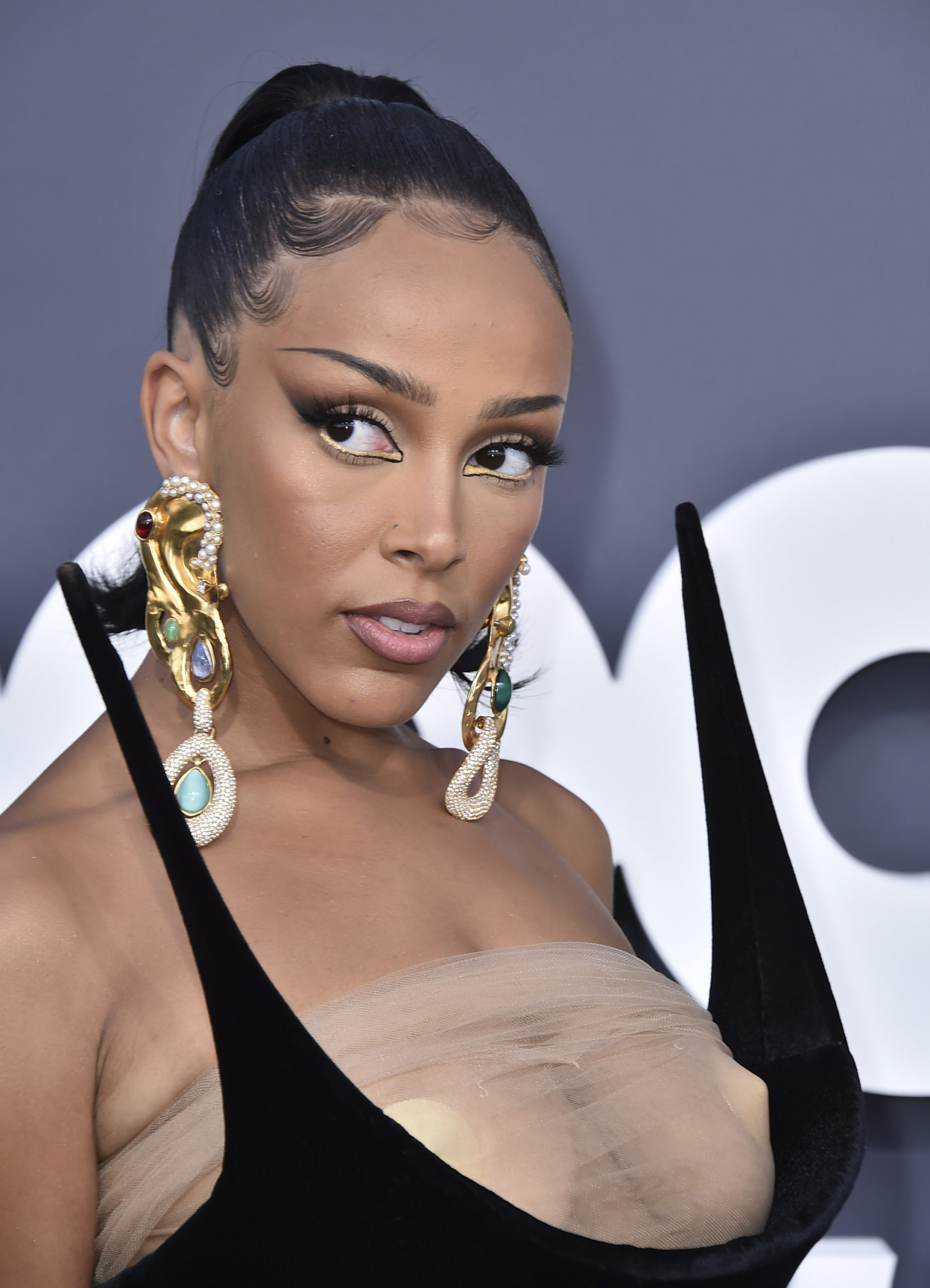 Grammy winner Doja Cat shocked the 2022 Billboard Music Awards red carpet as she went topless for the star-studded ceremony. The 26-year-old singer/rapper, who also went home with a couple of awards, dressed in an outfit that exposed her breasts, with only pasties to shield them.

Hollywood may be moving on from Will Smith’s spectacular slap of Chris rock at the Oscars, but Wanda Sykes isn’t forgiving or forgetting. The 58-year-old comedian, who was co-hosting the awards show when Smith stormed the stage and slapped Rock across the face, says she is still traumatized almost two months after the incident. Sykes made the admission in a new interview with People magazine, adding that she was appalled the actor wasn’t removed from the theater after the violent act. She also told the publication that she believes Smith acted out because he’s struggling with personal issues, but she still doesn’t have much sympathy.

Jason Mamoa has reportedly found romance again. The Aquaman star is dating Eiza Gonzalez after breaking up with his estranged wife, Lisa Bonet. Mamoa and Gonzalez met on the set of Fast X and are said to be happy together.

The post Doja Cat Shows It All At The Billboard Awards appeared first on American Urban Radio Networks.