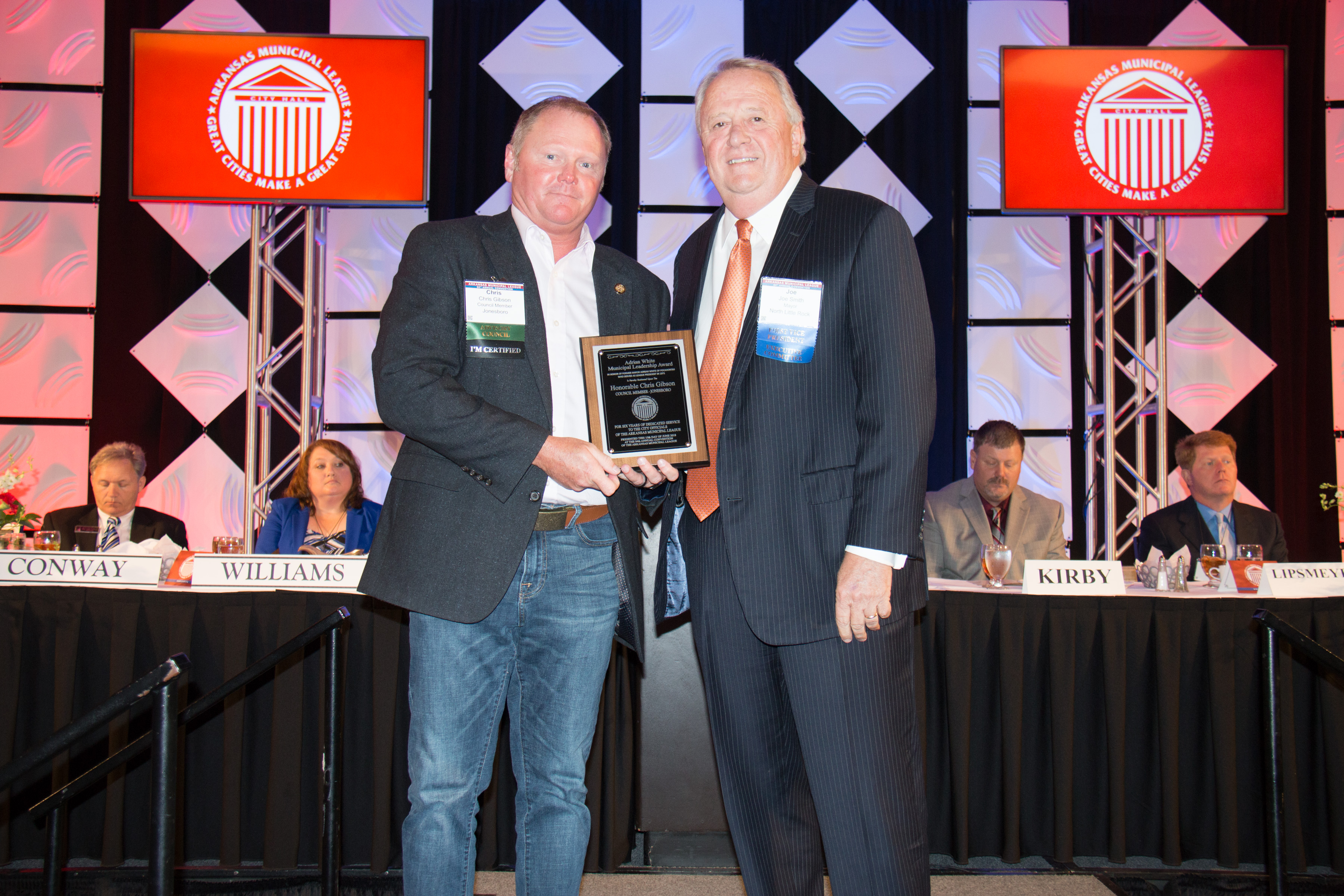 The Arkansas Municipal League last week honored Jonesboro City Council member Chris Gibson with the Adrian L. White Municipal Leadership Award at its annual summer convention in Little Rock.
The award is presented to municipal officials who have served with distinction and dedication to their cities and the League’s boards, councils, or committees for six years.
The award is named in honor of White, who was mayor of Pocahontas from 1967-1974 and a former League president and vice president. More than 1,200 city and town leaders from across Arkansas attended the convention, where they adopted the League’s agenda for the coming year. The Arkansas Municipal League is a service and advocacy organization for the municipalities of Arkansas. The League offers its programs and services to all 500 cities and towns in the state and was created in 1934 to assist cities with information and representation in the public affairs of our state and nation. To find out more, please visit www.arml.org.
Photo: Gibson with incoming AML President Joe Smith. 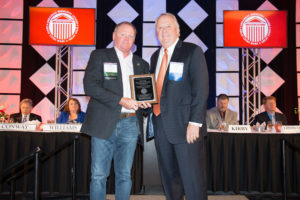