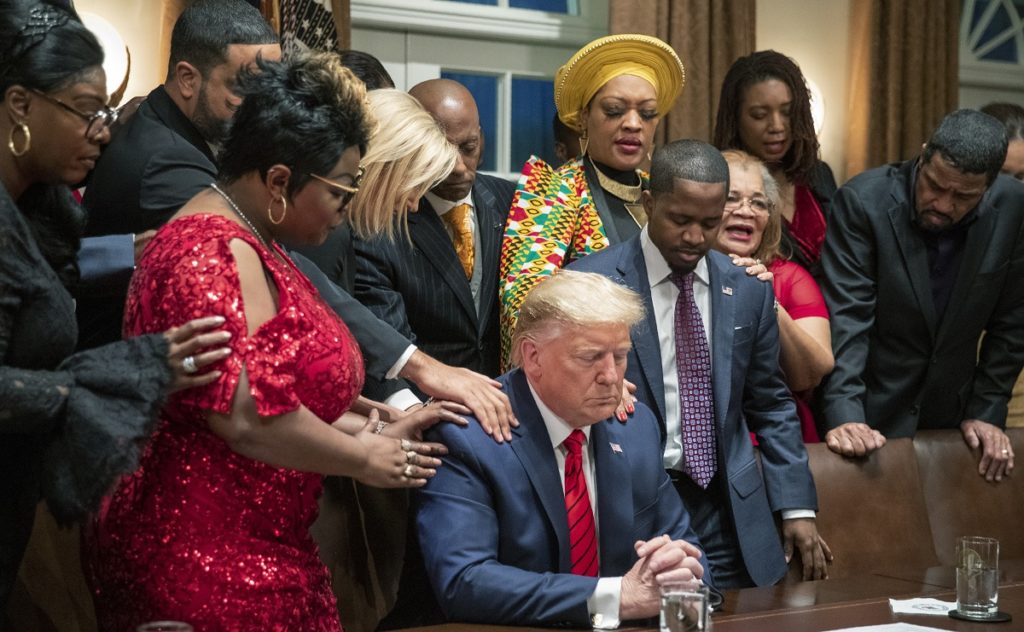 President Trump hosted a number of his Black supporters and Republican social media stars for a Black History Month event at the White House. Trump continues to claim he is done more for African Americans than any other president. One participant went so far as to dub Trump “the first Black president” and another stating he is the greatest president since Abraham Lincoln to cheers and applause.

People can’t say this man is a racist!

President @realDonaldTrump thank you for letting me sit next to you. Now I can show other people who grew up poor & in foster care that they can also sit with a President one day.

The American Dream is Real! pic.twitter.com/dMnGMuw7oW

Original article source: http://aurn.com/white-house-hosts-black-history-month-event-in-true-trump-fashion/ | Article may or may not reflect the views of KLEK 102.5 FM or The Voice of Arkansas Minority Advocacy Council