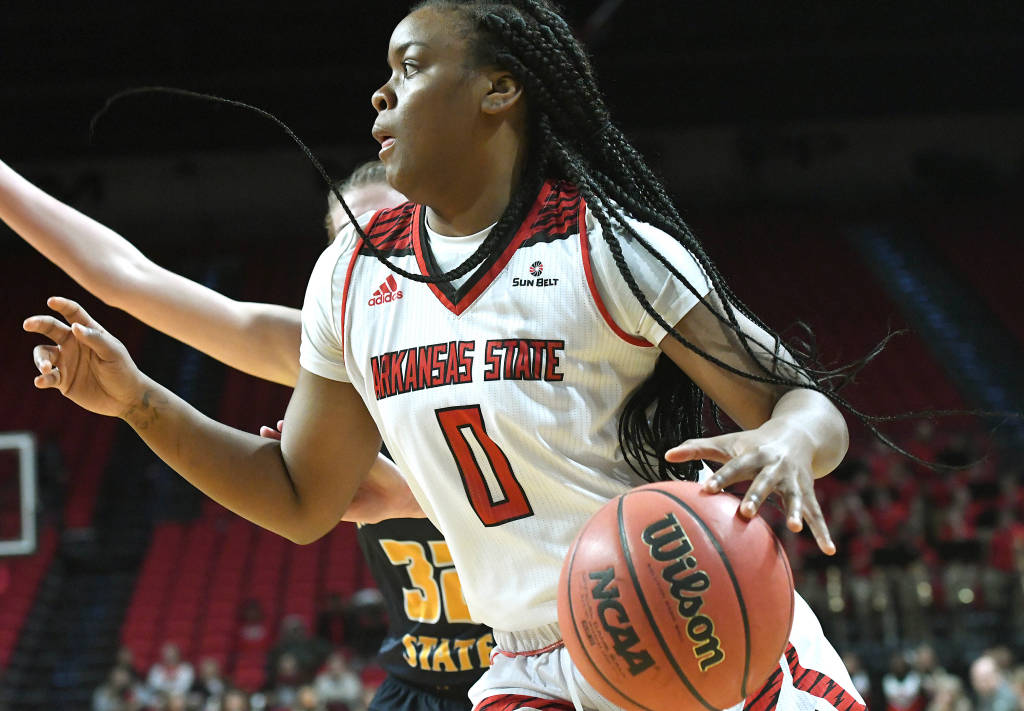 Westbrook played all 40 minutes as she filled up the box score with 12 points, eight rebounds, two blocks and a steal and an assist. Defensively she helped keep the Racers well below their season average of 89 points per game.

“We had to work our way through that one to get a win,” A-State head coach Brian Boyer said. “We managed to get through it and I thought the turnovers on both sides was a huge part of the outcome.”

Starr Taylor came off the bench to score seven of her 10 points in the fourth quarter, including two free throws with under a minute to play that help put the game away.

Peyton Martin also added 10 points and six rebounds as the Red Wolves shot over 40 percent from the field for the fourth time this season.

Murray State committed 25 fouls on the night and sent the NCAA leaders in free throw attempts to line 30 times on the night. The Racers also committed 23 turnovers, while A-State limited itself to just 13 mistakes while dishing out five assists.

“Coming into this I felt like they had been really comfortable in their offense and with how they moved the ball, so we wanted to be disruptive and we did that to the tune of 23 turnovers,” Boyer said.

Arkansas State (2-4) trailed by seven early in the first quarter but took its first lead at 20-17 on a 3-pointer by Jada Ford early in the second quarter. The Racers (3-2) tied the game twice more before Jordan Elder drained a 3-pointer with 4:43 to go in the half to her team up for good.

The lead stretched to 45-34 after a 3-pointer by Kayla Williams in the third quarter, but Murray State closed to within early in the fourth quarter before back-to-back jumpers by Westbrook and Martin pushed the lead to 62-53.

Evelyn Adebayo led Murray State with 18 points and nine rebounds before fouling out with 5:41 to go in the game.

The Red Wolves return to the road for a non-conference matchup at UTEP, Saturday, Dec. 1. Tip-off against the Miners is set for 2 p.m.

Original article source: http://www.astateredwolves.com//ViewArticle.dbml?DB_OEM_ID=7200&ATCLID=211782048 | Article may or may not reflect the views of KLEK 102.5 FM or The Voice of Arkansas Minority Advocacy Council