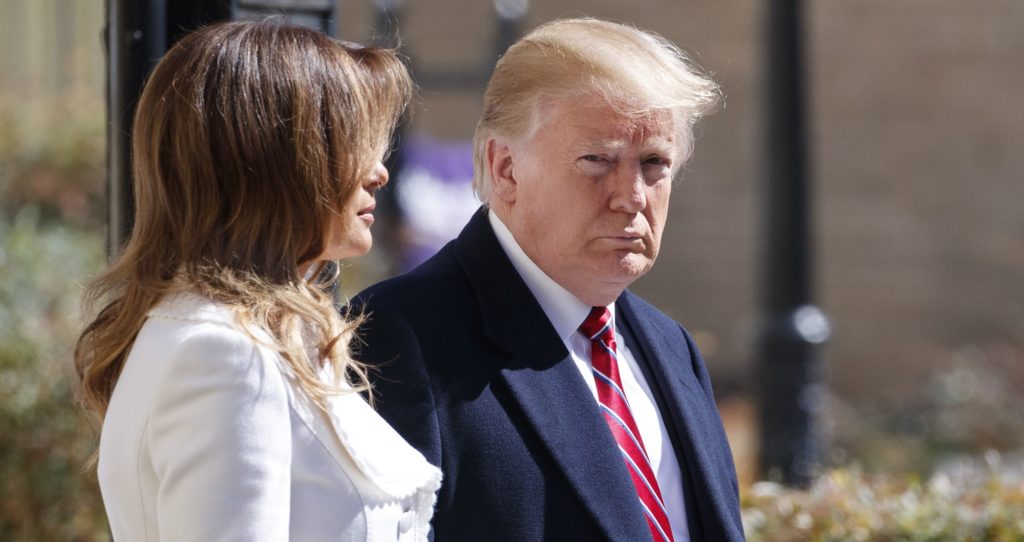 President Trump was busy on Twitter over the weekend reigniting questions about his maturity, mental state, and emotional stability.

It’s truly incredible that shows like Saturday Night Live, not funny/no talent, can spend all of their time knocking the same person (me), over & over, without so much of a mention of “the other side.” Like an advertisement without consequences. Same with Late Night Shows……

….should never have been appointed and there should be no Mueller Report. This was an illegal & conflicted investigation in search of a crime. Russian Collusion was nothing more than an excuse by the Democrats for losing an Election that they thought they were going to win…..

Just spoke to Mary Barra, CEO of General Motors about the Lordstown Ohio plant. I am not happy that it is closed when everything else in our Country is BOOMING. I asked her to sell it or do something quickly. She blamed the UAW Union — I don’t care, I just want it open!

Democrat UAW Local 1112 President David Green ought to get his act together and produce. G.M. let our Country down, but other much better car companies are coming into the U.S. in droves. I want action on Lordstown fast. Stop complaining and get the job done! 3.8% Unemployment!

….Should Federal Election Commission and/or FCC look into this? There must be Collusion with the Democrats and, of course, Russia! Such one sided media coverage, most of it Fake News. Hard to believe I won and am winning. Approval Rating 52%, 93% with Republicans. Sorry! #MAGA

Report: Christopher Steele backed up his Democrat & Crooked Hillary paid for Fake & Unverified Dossier with information he got from “send in watchers” of low ratings CNN. This is the info that got us the Witch Hunt!

Spreading the fake and totally discredited Dossier “is unfortunately a very dark stain against John McCain.” Ken Starr, Former Independent Counsel. He had far worse “stains” than this, including thumbs down on repeal and replace after years of campaigning to repeal and replace!

Original article source: http://aurn.com/weekend-twitter-storm-reignites-question-of-mental-fitness-of-the-president/ | Article may or may not reflect the views of KLEK 102.5 FM or The Voice of Arkansas Minority Advocacy Council