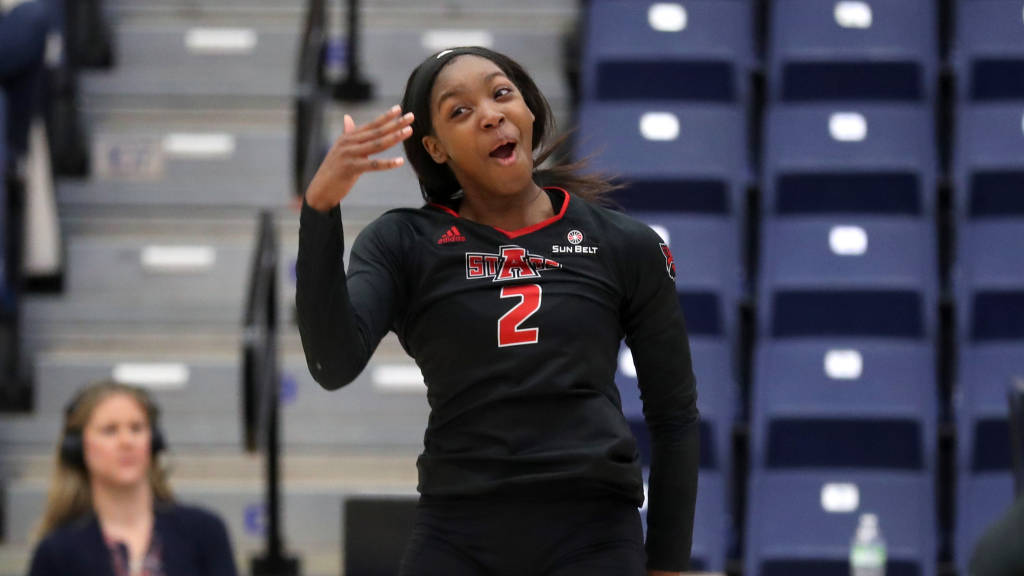 JONESBORO, Ark. (11/19/18) – Arkansas State volleyball senior Carlisa May was named to the Sun Belt Conference All-Tournament announced by the league, at the conclusion of tournament action Sunday.

May earned her fourth SBC All-Tournament selection in as many years, including the MVP award in 2015. She totaled 66 kills in the Red Wolves’ three matches for 5.08 kills per set on .311 hitting percentage.

The outside hitter opened the tournament with 19 kills and 16 digs in the Red Wolves 3-2 win over South Alabama. May followed with a double-double performance of 18 kills and 10 digs in A-State’s 3-1 over Coastal Carolina.

The Lee’s Summit Mo., native ended tournament action by matching her career-high 29 kills, while also chipping in defensively with 11 digs against Appalachian State in the semifinals.

Original article source: http://www.astateredwolves.com//ViewArticle.dbml?DB_OEM_ID=7200&ATCLID=211781276 | Article may or may not reflect the views of KLEK 102.5 FM or The Voice of Arkansas Minority Advocacy Council