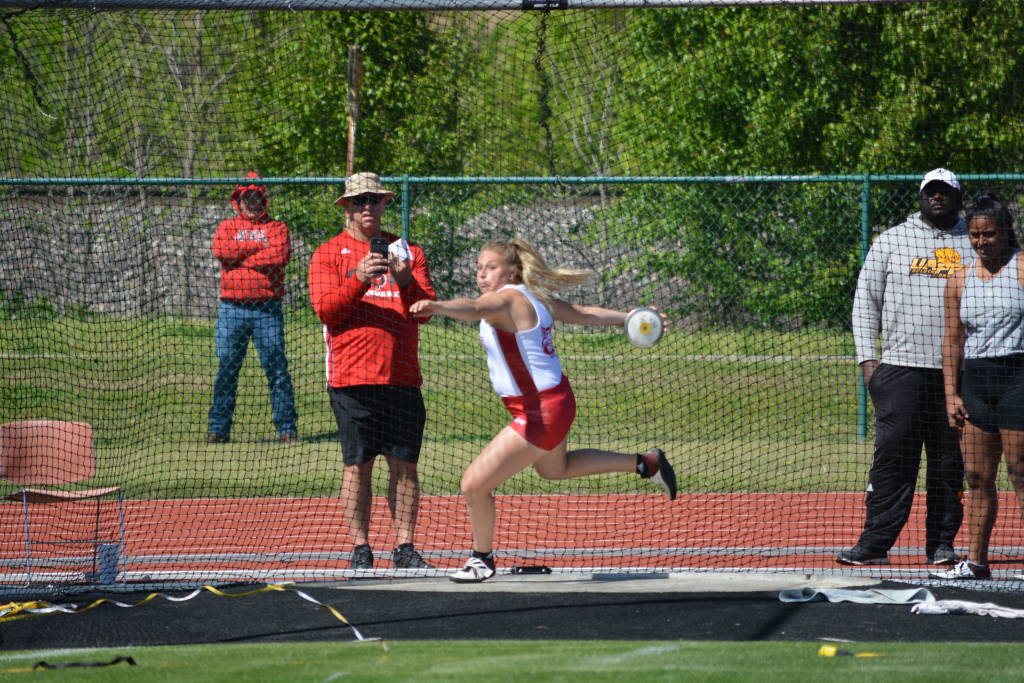 GÄVLE, Sweden (7/11/19) – On Thursday at the European U23 Championships in Gävle, Sweden, Arkansas State thrower Babette Vandeput advanced to the final round of the women’s discus throw with a season-best performance.

Vandeput uncorked a throw of 51.91m (170-3.0) on her third attempt to advance to Friday’s final. That mark was also good enough to improve her lead atop the Belgian U23 leaderboard in the event in 2019.

The sophomore will next compete at 11:30 a.m. CT on Friday, throwing first in the final. That appearance will mark the second straight European Championships final for Vandeput, who advanced to the discus throw final at the 2017 European U20 Championships in Grosseto, Italy.

Original article source: http://www.astateredwolves.com//ViewArticle.dbml?DB_OEM_ID=7200&ATCLID=211806911 | Article may or may not reflect the views of KLEK 102.5 FM or The Voice of Arkansas Minority Advocacy Council