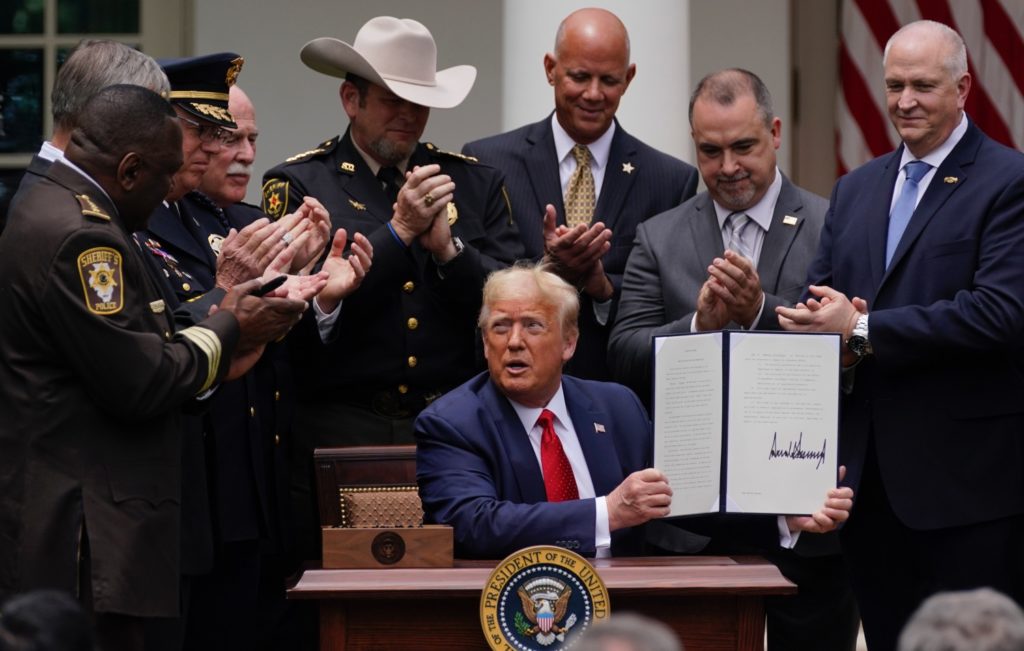 Today at the White House, President Trump hosted families who lost loved ones to vigilantes and police brutality and law enforcement officials to sign an Executive Order on police reform. The order includes a conditional ban on choke holds, incentivizes local police reform, and funding to support non-police co-responders to deal with responses involving mental health issues, substance abuse, and homelessness. Critics contend the order does not do enough to deal with the systemic oppression and the continued problem of police brutality inflicted upon Black people.

Original article source: http://aurn.com/trump-signs-order-on-police-reform-without-commenting-on-racism/ | Article may or may not reflect the views of KLEK 102.5 FM or The Voice of Arkansas Minority Advocacy Council