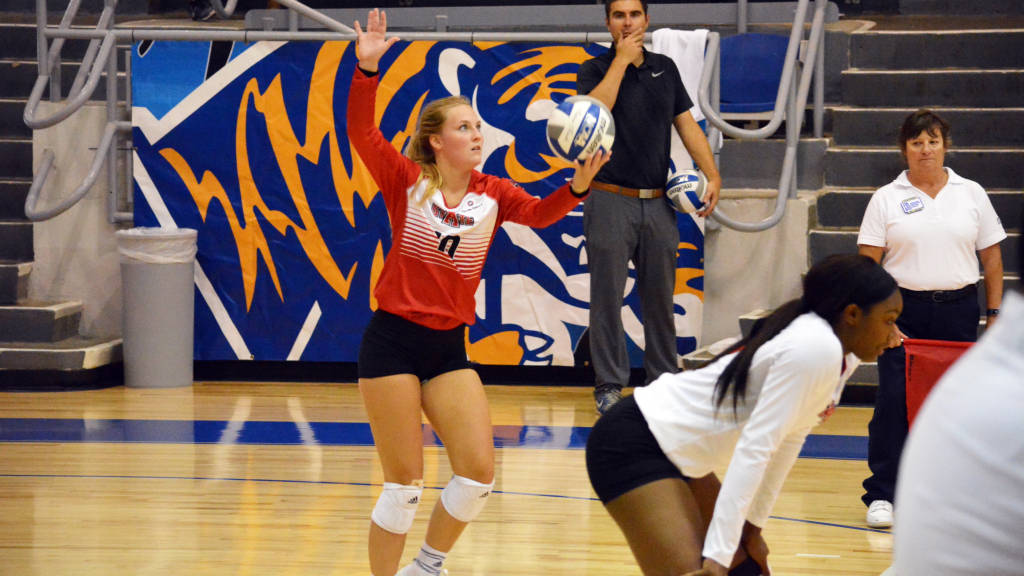 JONESBORO, Ark. (8/27/18) – Tatum Ticknor and Ellie Watkins of the Arkansas State volleyball team earned the Sun Belt Conference’s Defensive Player of the Week award and Setter of the Week award, respectively, as the league office announced its winners for week one Monday afternoon.

A native of Grapevine, Texas, Ticknor picked up 45 digs for a 5.00 per set average to lead the Sun Belt after one weekend of action. The sophomore libero had double-digit digs in each of the team’s three matches with a high of 21 against Rice in three sets for a 7.00 per set average. Additionally, she handed out 12 assists and had two aces.

Watkins led the league with a 10.75 assists per set average after she dished out 86 assists in A-State’s 2-1 weekend at the Memphis Invitational. The Weldon Spring, Mo., native was named to the All-Tournament squad and recorded a high of 37 helpers in the 3-0 win over Memphis last Saturday night. The junior also registered nine kills, 12 digs, two blocks, and two aces over the course of the three matches.

This award is Ticknor’s second career weekly award after she claimed one last season, while Watkins now has three Setter of the Week awards to her credit during her tenure.

Arkansas State returns to action Friday, Aug. 31 versus Creighton at the SMU Doubletree Classic in Dallas, Texas with first serve set for 10 a.m. A-State will play the hosts SMU later that night at 7 p.m.

Original article source: http://www.astateredwolves.com//ViewArticle.dbml?DB_OEM_ID=7200&ATCLID=211769598 | Article may or may not reflect the views of KLEK 102.5 FM or The Voice of Arkansas Minority Advocacy Council