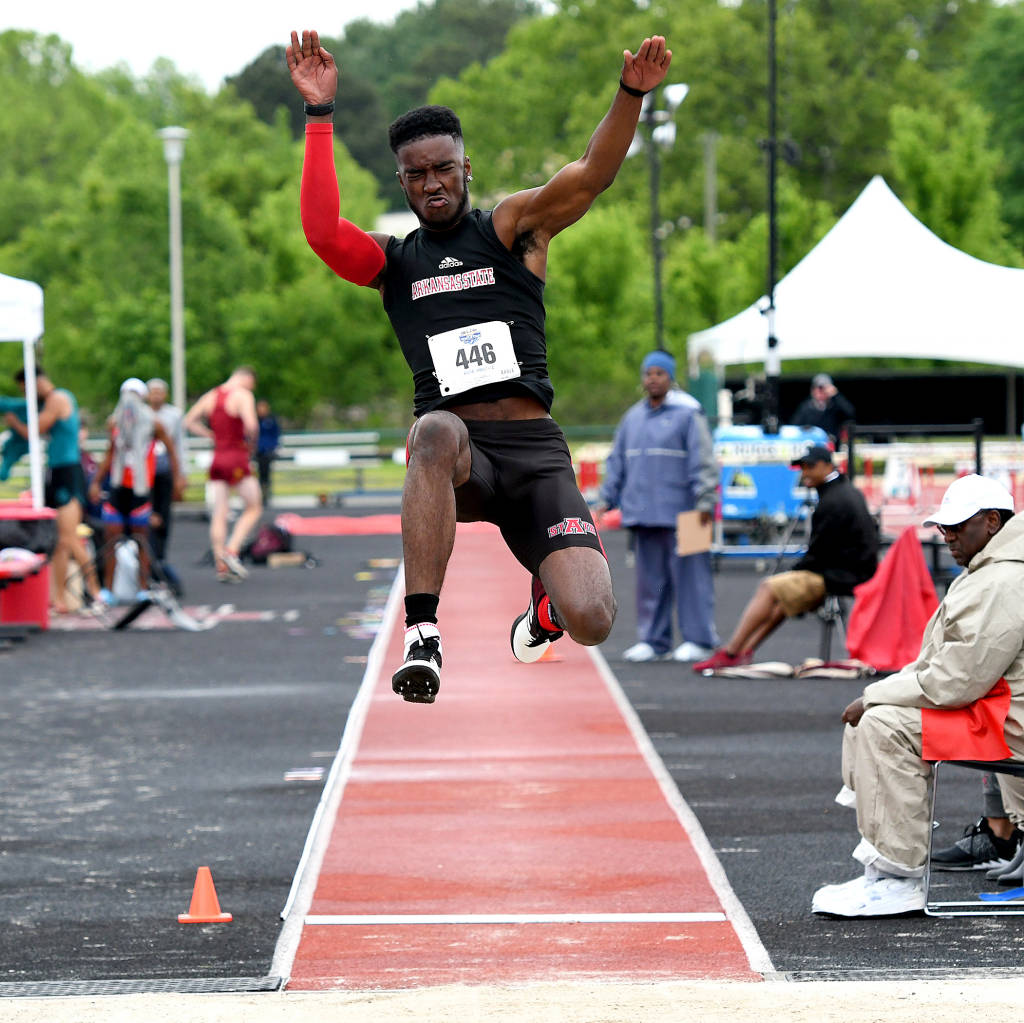 AUSTIN, Texas (6/4/19) – Three athletes from the Arkansas State University track and field program will represent the Red Wolves this week at the NCAA Outdoor Track & Field Championships at Mike A. Myers Stadium in Austin.

The 2019 NCAA Outdoor Track & Field Championships will be televised on the ESPN family of networks, including ESPN, ESPN2, ESPNU, and ESPN3. A complete list of streams can be found at https://www.ncaa.com/championships/trackfield-outdoor/d1/broadcast-info. Live results can be viewed at https://dt8v5llb2dwhs.cloudfront.net/NCAA/index.htm.

Senior pole vaulter Michael Carr will be the first to compete for A-State as he will jump 21st among the 24 entrants. The event gets underway at 4:30 p.m. (CT) with coverage of the pole vault available on ESPN3. Carr punched his ticket to Austin by clearing 5.36m (17-7) at the NCAA West Region preliminary.

Sophomore long jumper Carter Shell returns to the NCAA Outdoor Championships in long jump. Shell will lead off the first of two flights that begin at 6:00 p.m. (CT) airing live on ESPN3. Shell advanced to Austin by way of a leap of 7.56m (24-9.75) which was ninth among the 12 qualifiers from the NCAA West Region Preliminary.

Original article source: http://www.astateredwolves.com//ViewArticle.dbml?DB_OEM_ID=7200&ATCLID=211804810 | Article may or may not reflect the views of KLEK 102.5 FM or The Voice of Arkansas Minority Advocacy Council