Three Double-Doubles Not Enough for @AStateVB at UMKC
0 Comments 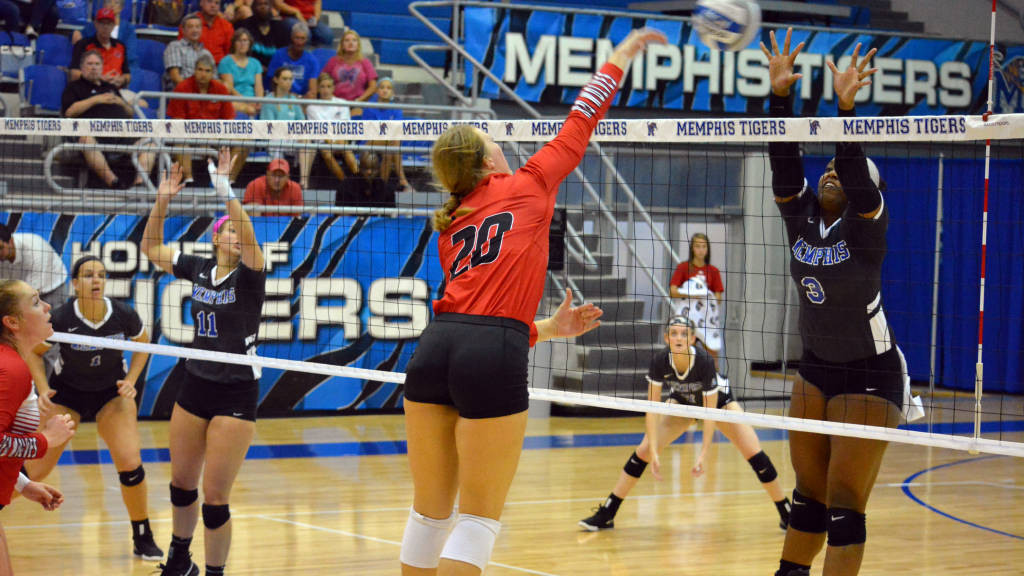 The Roos went ahead 8-3 in the fourth set, but A-State bounced back to take a 15-14 edge on a kill by Peyton Uhlenhake. The Red Wolves went ahead 18-14 and led 24-21 with a service ace by Putt ending the set 25-21 in favor of the visitors to force a decisive fifth set.

Tyrecia Lukes led the Kangaroos with 16 kills, while Alicia Harrington had 15 kills for the home team. The win for UMKC was the first over the Red Wolves in eight tries after A-State won the first seven.

Arkansas State returns to action Friday afternoon in the Kangaroo Classic with a 1:30 p.m. matchup against Southeast Missouri before a 4:30 p.m. contest against Providence.

Original article source: http://www.astateredwolves.com//ViewArticle.dbml?DB_OEM_ID=7200&ATCLID=211770955 | Article may or may not reflect the views of KLEK 102.5 FM or The Voice of Arkansas Minority Advocacy Council