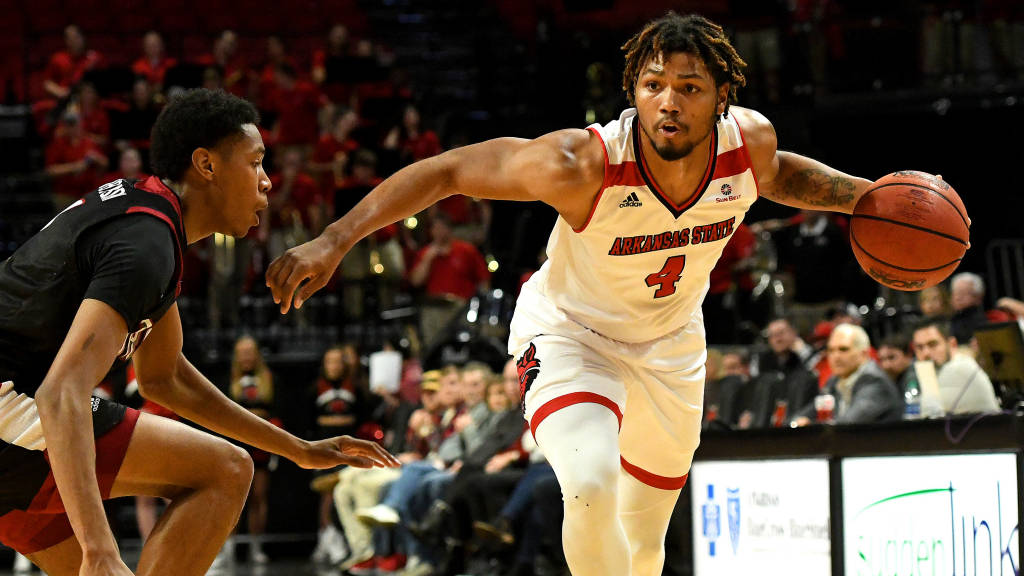 SAN MARCOS, Texas (1/19/19) – A 20-0 run by Texas State to open the second half was too much for the Arkansas State men’s basketball team to overcome in a 77-64 setback Saturday afternoon in San Marcos.

“We fought back in the second half and I was proud of that effort,” said A-State head coach Mike Balado. “Ty (Cockfield) has had a frustrating couple of weeks here because teams are keying on him, and we’re not getting anybody to help him. At the beginning of the season, I kept saying we needed help from a couple of guys. That was the thing that was helping us when we won four out of six games. Our big guys were coming in and giving us something and Marquis (Eaton) was stepping up. They’re not doing that now, and without that it is going to be difficult for one guy to carry us.”

Texas State opened the second half on a 20-0 spurt to extend the run to 30-0. Walley ended the drought for the Red Wolves with eight minutes to play and A-State attempted to chip away at the deficit. Cockfield was held scoreless the first 28 minutes, but his 21 points over the final 12 minutes helped get A-State within seven before Texas State sank free throws down the stretch to close out the win.

A-State returns to First National Bank Arena on Thursday to host Appalachian State at 7:00 p.m. on ESPN+. For the latest on A-State men’s basketball, follow the Red Wolves on Twitter @AStateMB, at Facebook.com/AStateMB and on Instagram at ‘AStateMB’.

Original article source: http://www.astateredwolves.com//ViewArticle.dbml?DB_OEM_ID=7200&ATCLID=211787137 | Article may or may not reflect the views of KLEK 102.5 FM or The Voice of Arkansas Minority Advocacy Council