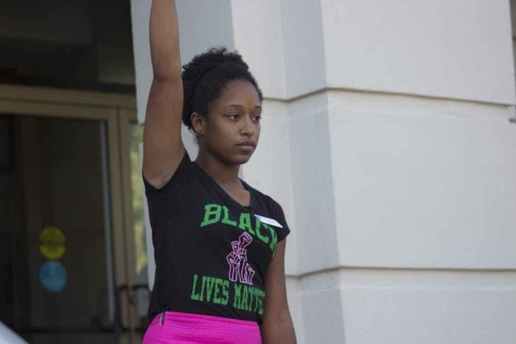 The United States District Court for the District of Columbia ruled that white supremacists who used social media to threaten and harass Taylor Dumpson, the first African American female student body president of American University in Washington D.C., were liable for over $700,000 in damages and attorneys’ fees.

In 2017, Taylor Dumpson was elected as American University’s student body president. The day after she was inaugurated, a hate crime targeted her on the basis of her race and gender. A masked person hung nooses around campus with bananas tied to them. Some bananas had “AKA” written on them – referencing Plaintiff’s historically black sorority.

Others read “Harambe bait,” referencing a gorilla killed at the Cincinnati Zoo as a racist and threatening comparison to African Americans. Defendant Andrew Anglin, an avowed neo-Nazi and publisher of the neo-Nazi website The Daily Stormer, then directed his white supremacist followers to threaten and harass her on social media to amplify the harm of the hate crime.

In addition to other allegations, the suit alleged that Defendants interfered with the Ms. Dumpson’s ability to fully enjoy places of public accommodation and interfered with her equal opportunity to education. The Lawyers’ Committee for Civil Rights Under Law and pro bono counsel Kirkland & Ellis LLP, along with the Washington Lawyers’ Committee, filed the lawsuit on behalf of the Plaintiff.

“This ruling is historic in that it marks the first time that a court has deemed racist online trolling activity that can interfere with one’s equal access to a public accommodation. The Court’s ruling recognizes the real-world damage done when bigots take to the internet to target and threaten African Americans and other people of color,” said Kristen Clarke, President and Executive Director of the Lawyers’ Committee for Civil Rights Under Law. “This ruling should send a strong message to other white supremacists that they can and will be held accountable for hateful activity that constitutes unlawful discrimination, no matter whether it occurs online or in the real world.”

In addition to granting damages and a restraining order, the Court’s opinion is one of the first decisions to hold that online trolling can constitute interference with the equal enjoyment of public accommodations. “Mr. Anglin and Moonbase Holdings interfered with Ms. Dumpson’s access and enjoyment of [American University] by causing Ms. Dumpson to feel constantly unsafe as a result of Mr. Anglin and Moonbase Holdings’ threatening messages and the messages they urged others to send,” the judge wrote. “The Court finds … that Ms. Dumpson was targeted because of her race and gender.”

This case is part of the Lawyers’ Committee’s ongoing efforts to combat the increasing prevalence of hate crimes across the country. In recent years, we have seen how online activity can help mobilize and direct unlawful, hateful activity on and off social media platforms, with a devastating impact on the day-to-day lives. If you or someone you know has been targeted by hate, reach out to the Stop Hate Project for legal resources and other forms of support.

The Stop Hate Project works to strengthen the capacity of community leaders, local government, law enforcement, and organizations around the country to combat hate by connecting these groups with legal and social services resources and creating new ones in response to identified needs. The project’s resource and reporting hotline for hate incidents, 1-844-9-NO-HATE (1-844-966-4283), and website, www.8449nohate.org, connect people and organizations combating hate with the resources and support they need.

The Court’s order can be read here.

The Court’s opinion can be read here.

Original article source: https://goodblacknews.org/2019/08/15/taylor-dumpson-1st-black-female-student-body-president-at-american-university-awarded-over-700k-in-suit-against-neo-nazi-website-founder/ | Article may or may not reflect the views of KLEK 102.5 FM or The Voice of Arkansas Minority Advocacy Council

According to the Journal of Blacks in Higher Education, the Center for Digital Research in the Humanities at the University of Nebraska-Lincoln recently debuted an online database of more than Read more