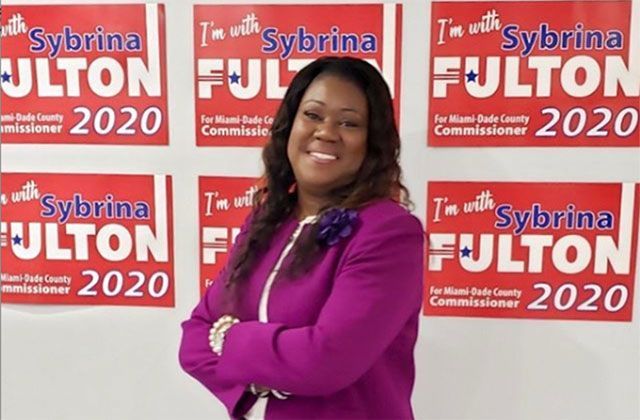 Sybrina Fulton, mother of Trayvon Martin, an unarmed 17-year-old whose shooting death by a neighborhood watch volunteer George Zimmerman set off a national conversation on racial profiling and the inequities in the criminal justice system, formally announced yesterday she is running for local office in Florida.

Fulton became an activist after the death of her son in Sanford, Fla., in 2012 by making speeches around the country as she worked to curb gun violence. She now she aims to do so from inside the government as a policy maker. She will contest the mayor of Miami Gardens Oliver G. Gilbert III for a seat on the Miami-Dade Board of County Commissioners.

“At first I didn’t want to be the voice for Trayvon after he died, but I decided I have no choice,” Ms. Fulton said in an Instagram video announcing her campaign. “Now I am called to act and called to serve,” she said. She joins other mothers such as Lezley McSpadden and U.S. Congress member Lucy McBath, who also senselessly lost their unarmed sons to gun violence, in running for office.

Fulton is a former housing agency employee who believes a new chapter of serving the public is in order for her. “My time as a public servant began 30 years ago at Miami-Dade County. Since 2012, I have advocated tirelessly to empower our communities and make them safer,” she relayed in an Instagram post. “But the work is not done. I am proud to announce that I will run to represent District 1 on the county commission.”

Original article source: https://goodblacknews.org/2019/05/21/sybrina-fulton-trayvon-martins-mother-to-run-for-office-in-florida/ | Article may or may not reflect the views of KLEK 102.5 FM or The Voice of Arkansas Minority Advocacy Council