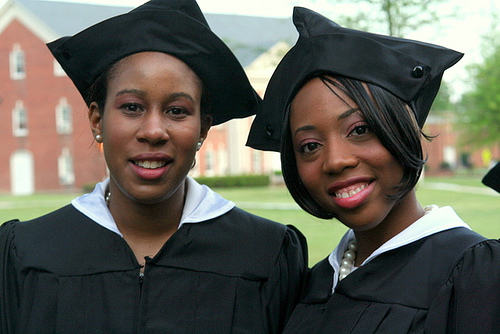 As Republicans and Democrats argue the points of an economic stimulus plan, advocacy groups are offering recommendations to Senators. April Ryan speaks with Nikitra Bailey, Executive Vice President of the Center for Responsible Lending to explain how structural inequalities have saddled African American students with higher loan debt while African American families who have not fully recovered from the 2008 recession.

Facilitating predatory lending as the economy tanks would be like taking away an umbrella as a rainstorm begins — and yet bank regulators might do so by nixing basic consumer protections on small dollar loans #StopTheDebtTrap #ProtectAllPeople https://t.co/vBx6bmU5w0

Original article source: http://aurn.com/structural-inequalities-saddle-black-students-with-higher-debt/ | Article may or may not reflect the views of KLEK 102.5 FM or The Voice of Arkansas Minority Advocacy Council