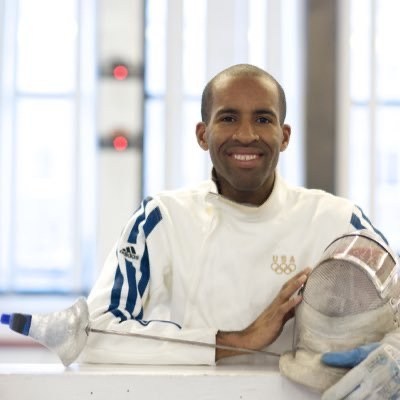 Keeth Smart became the first American to reach No. 1 in the world in saber fencing and later won a silver medal at the 2008 Olympics. That he was black made it all the more compelling.

In 19 minutes, the sum of Smart’s life plays out in “Stay Close,” an inspiring short documentary that debuted last night on PBS and speaks to one man’s uncompromising desire to achieve in the face of hardship.

Using a combination of black and white animation, raw family footage and interviews, “Stay Close” illuminates Smart’s ascension from a West Indies community in Brooklyn to the apex of a sport blacks rarely compete in: fencing.

Original article source: https://goodblacknews.org/2020/01/07/stay-close-pbs-film-highlights-olympian-keeth-smarts-rare-success-as-black-man-in-sport-of-fencing/ | Article may or may not reflect the views of KLEK 102.5 FM or The Voice of Arkansas Minority Advocacy Council