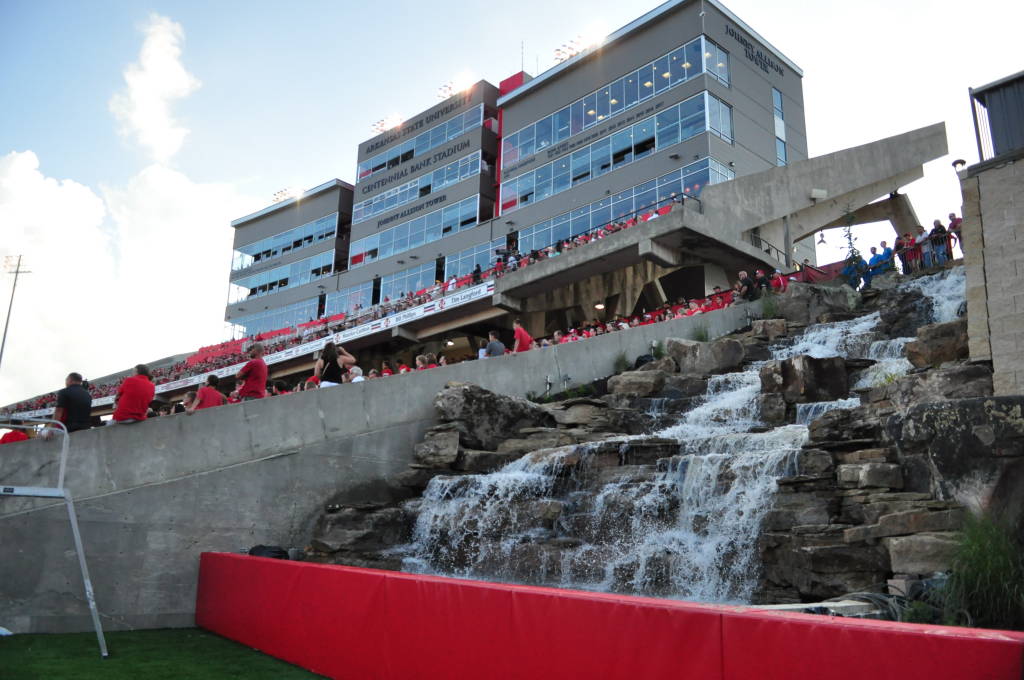 JONESBORO, Ark. (9/10/18) – The Sun Belt Conference announced Monday that Arkansas State’s Sept. 22 game against UNLV will be broadcast on ESPN3. The game at Allison Field inside Centennial Bank Stadium has also been scheduled for a 6 p.m. (CT) kickoff.

This will be the second all-time matchup between the Red Wolves and Rebels with the first contest taking during the 1995 season with A-State dropping the game 28-23 in Las Vegas. A-State and UNLV also participated in the same conference from 1993-95 when both we part of the Big West Conference.

ESPN3 is accessible online at WatchESPN.com on smartphones and tablets via the WatchESPN app and streamed on televisions through Amazon Fire TV, Apple TV, Chromecast (via the Watch ESPN app), Roku, Xbox 360 and Xbox one.

Original article source: http://www.astateredwolves.com//ViewArticle.dbml?DB_OEM_ID=7200&ATCLID=211771320 | Article may or may not reflect the views of KLEK 102.5 FM or The Voice of Arkansas Minority Advocacy Council