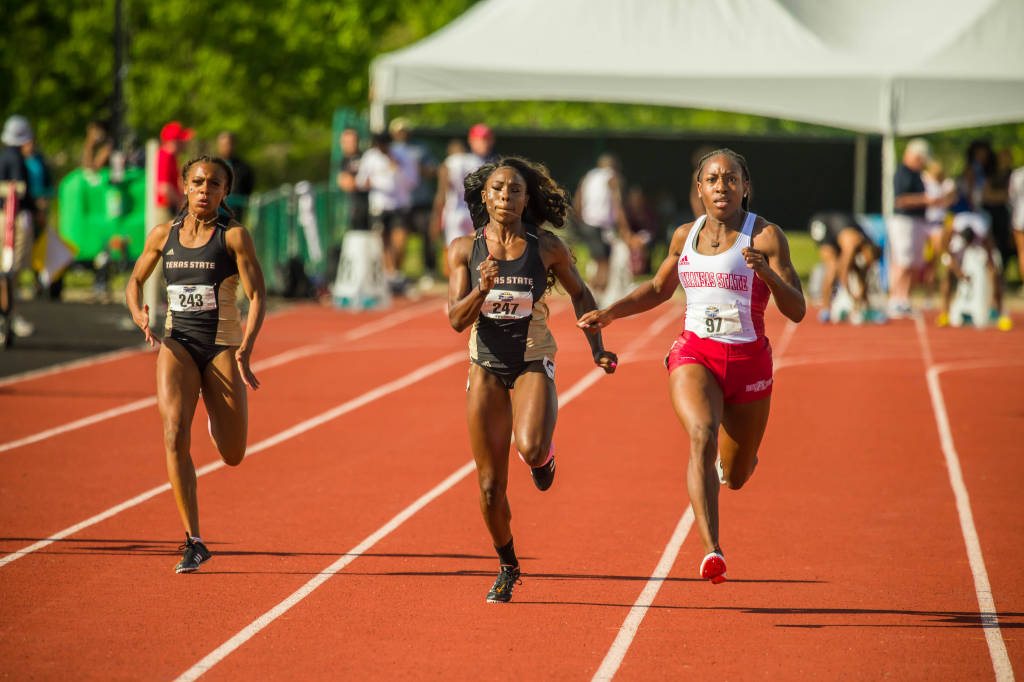 DES MOINES, Iowa (7/25/19) – On Thursday afternoon in the first round of the 100m at the USATF Outdoor Championships, Arkansas State’s Caitland Smith got her weekend off to a strong start.

The two-time Sun Belt Conference 100m champion posted a qualifying mark of 11.47 in Heat 2 to advance to Friday’s semifinal round. She will take to the track at approximately 5:48 p.m. in the semifinals, which will be streamed live on NBC Sports Gold via subscription.

In the semifinals, the top four in each heat advance to the final. Should she advance, Smith will return to the straightaway at 7:44 p.m. The final will be streamed on NBC Sports Network.

Live results throughout the championships can be found here.

Smith is also slated to compete in the 200m later this weekend. Her 200m mark of 22.75 set in May at the NCAA West Prelims in Sacramento, Calif., was good enough to shatter the school record in the event. On Saturday, Smith will run in the third of five heats. The top two times in each heat plus the next six fastest times advance to the semifinals.

Also on Saturday, Michael Carr will jump in the pole vault at 2 p.m. The Jonesboro native qualified with his school-record mark of 5.70m (18-8.25) achieved in June at the NCAA Outdoor Championships to earn a fifth-place finish and First Team All-America laurels.

Red Wolf alum Jaylen Bacon competed in the men’s 100m, running a time of 10.40 and finishing third in his heat to automatically qualify for Friday’s semifinals as well. He will run at 6:02 p.m. following the women’s heats. Sharika Nelvis, another former A-State track star, will run in the 100m hurdles first round on Saturday as well, slated to begin at 4:05 p.m. at Drake Stadium.

Original article source: http://www.astateredwolves.com//ViewArticle.dbml?DB_OEM_ID=7200&ATCLID=211807803 | Article may or may not reflect the views of KLEK 102.5 FM or The Voice of Arkansas Minority Advocacy Council