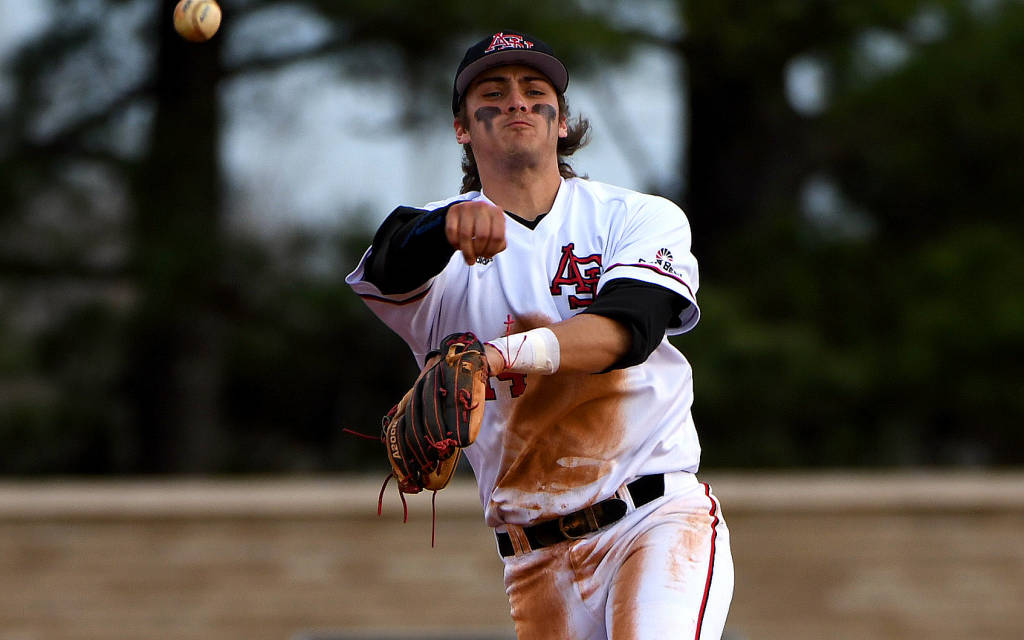 With the win, the Red Wolves improve to 8-5 on the season while Central Arkansas falls to 4-9.

The Red Wolves built a six-run advantage in the top of the sixth inning when Tipton singled to right field then stole for second to put himself into scoring position before Alex Howard doubled down the left field line to advance Zimmerman and score Tipton. Justin Felix added to the advantage when he hit a grand slam to right center scoring MacDonald, Howard and Zimmerman for the Scarlet and Black to take a 7-1 lead.

A-State pushed its advantage in the in the top of the fourth when Will Zimmerman hit a leadoff double down to the left field line then stole for third before Kyle MacDonald lined out to center field for a sacrifice fly to score Zimmerman.

Drew Tipton reached on an HBP in the first inning then advanced to second on a wild pitch before Will Zimmerman was grounded by the short stop but not before Tipton advanced to third. Alex Howard struck out swinging, but Tipton came home on a throw to first giving the Red Wolves 1-0 advantage over the Bears.

Central Arkansas rallied for four runs in the eighth inning when Beau Orlando singled to right field to advanced Marco Navarro to third and score Paul Rouse. Then to cap off the bottom of the eighth, Smith filed out to center field for a sacrifice to score Navarro before Jay Anderson singled up the middle to score Orlando.

Tipton finished the night 2-for-3 with two runs and an RBI, while Felix added one run, one hit and four RBIs.

The Red Wolves return to action Friday, March 8 when they host Missouri State in a three-game weekend series at Tomlinson Stadium. The first pitch is set for 6 p.m.

Original article source: http://www.astateredwolves.com//ViewArticle.dbml?DB_OEM_ID=7200&ATCLID=211794064 | Article may or may not reflect the views of KLEK 102.5 FM or The Voice of Arkansas Minority Advocacy Council