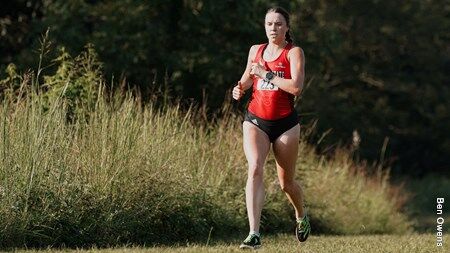 STILLWATER, Okla. (11/19/22) – Another strong cross country season came to a close Saturday for Arkansas State, as Jaybe Shufelberger competed in the NCAA Championships in Stillwater, Okla.

The Topeka, Kan., native clocked a time of 21:04.3 in the women’s 6K, finishing 168th overall. Her appearance at the national meet marked just the third time an A-State women’s runner competed at the NCAA Championships, as she joined Kristina Aubert (2012, 2013) as the second woman in program history to race in the event.

A-State has now had three consecutive years with a participant in either the women’s 6K or men’s 10K.

Read more:
Shufelberger Completes Cross Country Season at NCAA Championships. Article may or may not reflect the views of KLEK 102.5 FM or The Voice of Arkansas Minority Advocacy Council