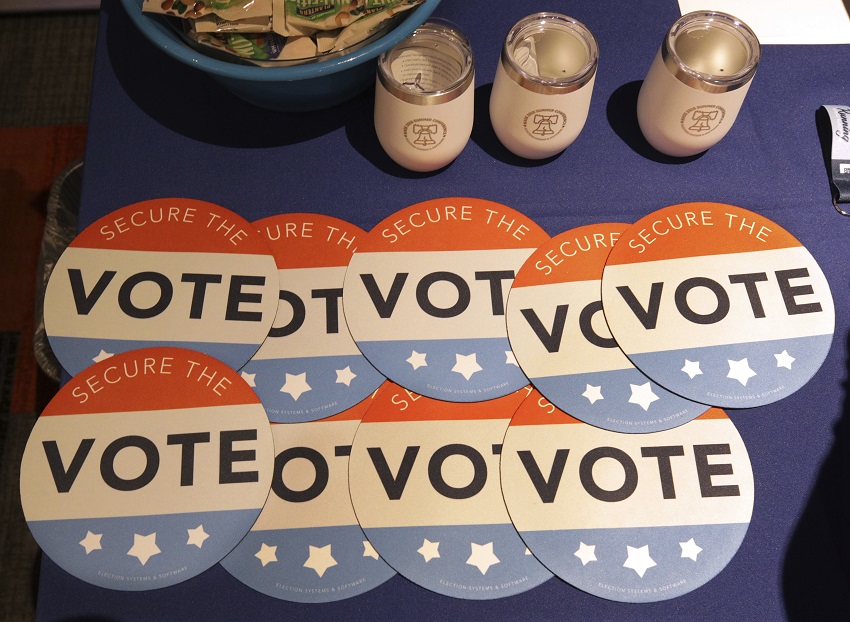 FILE – In this July 14, 2018, file photo, computer mouse pads with Secure the Vote logo on them are seen on a vendor’s table at a convention of state secretaries of state in Philadelphia. As alarms blare about Russian interference in U.S. elections, the Trump administration is facing criticism that it has no clear national strategy to protect the country during the upcoming midterms and beyond. Both Republicans and Democrats have criticized the administration’s response as fragmented, without enough coordination across federal agencies. (AP Photo/Mel Evans, File)

Original article source: http://aurn.com/several-states-held-midterms-tuesday/ | Article may or may not reflect the views of KLEK 102.5 FM or The Voice of Arkansas Minority Advocacy Council