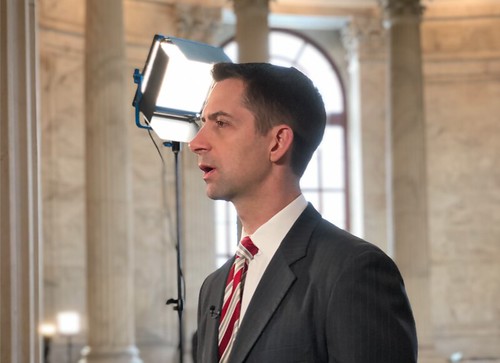 The full text of the letter can be found below or by clicking here.

We write to urge you to support the victims of Iranian terror attacks in the case of Clearstream Banking S.A. v. Peterson.

In October 1983, Iranian terrorists bombed the U.S. Marine Barracks in Beirut, Lebanon. President Reagan had stationed U.S. Marines in Lebanon as part of a multinational peacekeeping force. An Iranian national drove a truck bomb into the compound, killing 220 Marines and dozens of other personnel. The attack was perpetrated by Hezbollah, a terror group founded, trained, and financially supported by the Iranian regime. Since the attack, the victims’ families have won a number of court judgments authorizing the seizure of Iranian funds as restitution for the attack. Currently, these families are seeking to enforce these judgments against Clearstream S.A., a financial institution that continues to launder money for the Iranian regime.

In October 2018, the Supreme Court invited the Solicitor General to file a brief expressing the U.S. government’s views on whether Iran should be able to protect its assets from these Marine families. Congress unanimously passed the Iran Threat Reduction and Syria Human Rights Act of 2012, 22 U.S.C. § 8772, and members of Congress filed two amicus briefs supporting the victims of the Beirut bombing in related litigation, see Bank Markazi v. Peterson, 136 S.Ct. 1310 (2016), making clear that Congress strongly supports the ability of the terror victims and their families to recover on their judgments against Iran. This case presents your Administration with an opportunity to assist these victims, including our constituents, in claiming restitution from the world’s leading state sponsor of terror.

We believe that the U.S. Court of Appeals for the Second Circuit ruled correctly that U.S. courts can oblige banks to bring funds they hold for state sponsors of terror outside the United States to New York in compliance with judgments against those foreign governments. Therefore, we urge the Administration to oppose Iran’ s request for certiorari before the Supreme Court.

Thank you for your consideration of this important matter.

Original article source: http://www.cotton.senate.gov?p=press_release&id=1111 | Article may or may not reflect the views of KLEK 102.5 FM or The Voice of Arkansas Minority Advocacy Council