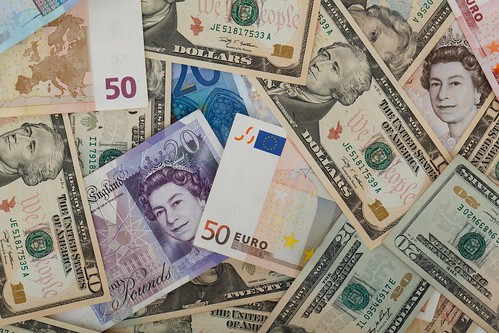 The Improving Laundering Laws and Increasing Comprehensive Information Tracking of Criminal Activity in Shell Holdings (ILLICIT CASH) Act would, for the first time, require shell companies – often used as fronts for criminal activity – to disclose their true owners to the U.S. Department of Treasury. It would also update decades-old anti-money laundering (AML) and combating the financing of terrorism (CFT) policies, by giving Treasury and law enforcement the tools they need to fight criminal networks. This includes improving overall communication between law enforcement, financial institutions, and regulators, and facilitating the adoption of critical 21st century technologies.

“Right now, criminals and terrorists are exploiting our financial system using shell companies that hide their identities. This legislation will allow law enforcement to track ill-gotten gains while at the same time protecting small businesses from unnecessary regulation. I’m proud that we’ve delivered a product that respects the needs of Arkansas small businesses, from startups to steel companies,” said Cotton.

“Transparency is the best weapon we have against the misuse of our financial system by those who would harm the United States and our allies,” said Warner. “As bad actors use ever more sophisticated techniques, we need to make sure federal agencies have the tools they need to prevent this abuse of our financial system and protect our national security. That starts with making sure we have a full usable record of who actually owns these shell companies.”

“It is simply too easy in the United States for criminals to hide behind anonymous shell companies. Our bipartisan bill gives the American law enforcement and national security officials the tools they need to fight back against the criminals that seek to exploit our financial system and fund their illegal activities,” said Jones.

“Our legislation protects Americans by depriving criminals and terrorists of tools they use to finance illicit activity. Developed through months of hard work and consensus-building, the ILLICIT CASH Act gives the Treasury Department and law enforcement the tools they need to combat illegal financial activity without burdening legitimate businesses. I look forward to continuing to work with my colleagues to advance this important issue – the first serious overhaul of our anti-money laundering system in decades,” said Rounds.

“It’s still far too easy for rogue regimes, corrupt oligarchs, human traffickers and drug cartels to use American shell companies to launder money through the United States,” said Menendez. “Our bill gives our national security and law enforcement professionals new tools to make sure our financial system can no longer be a safe haven for illegal actors.”

“Transparency is a powerful tool to use against criminal activity because it makes it impossible to hide. Criminals know it’s easier to set up a shell company than it is to get a library card in the U.S. This bill will help dismantle criminal networks by ensuring that we know who truly owns shell companies,” said Kennedy.

“From money laundering to funding terrorism and sex trafficking, it’s outrageous that in the United States it is still incredibly easy for criminals to set up shell companies to hide their illicit financial activity,” said Cortez Masto. “I’m proud to cosponsor comprehensive legislation that gives the Treasury Department and law enforcement the modern-day tools they need to track down these criminals, prevent abuse of our financial system and keep Americans safe.”

According to research from the University of Texas and Brigham Young University, the U.S. remains one of the easiest places in the world to set up an anonymous shell company. A recent report by Global Financial Integrity demonstrates that, in all 50 U.S. states, more information is currently required to obtain a library card than to register a company. Human traffickers, terrorist groups, arms dealers, transnational criminal organizations, kleptocrats, drug cartels, and rogue regimes have all used U.S.-registered shell companies to hide their identities and facilitate illicit activities. Meanwhile, U.S. intelligence and law enforcement agencies find it increasingly difficult to investigate these illicit financial networks without access to information about the beneficial ownership of corporate entities involved.

At the same time, U.S. AML-CFT laws have not kept pace with the growing exploitation of the global financial system to facilitate criminal activity. According to a United Nations Report, money laundering activity and illicit cross-border financial flows have generated upwards of $300 billion annually in criminal proceeds. While tracking these growing sums is increasingly difficult, U.S. laws have also failed to adequately address the small dollar financing of global terrorist groups.

“Our own research and data have shown that the criminals behind trafficking operations use secrecy to hide both their identity and the proceeds of their crimes. Secrecy allows them to profit with impunity. By ending the ability of traffickers and others to use anonymous companies, the ILLICIT CASH Act will, for the first time, provide critical information to the police and prosecutors with whom we work to follow the money. We applaud the bill sponsors for working across party lines to take these effective steps to address the deep, lasting and unimaginable harms caused by human trafficking,” said Bradley Myles, CEO, Polaris.

“As end users of evidence collected throughout the investigative process, it is imperative that prosecutors have as much information as possible in order to determine the best course of action for prosecuting an individual or entity that has committed a crime. Beneficial ownership data collection is vital to this effort, and law enforcement and prosecutors must have lawful access to that information. NDAA is excited to support the Illicit Cash Act and looks forward to working with Senators Warner, Jones, Cotton, Rounds, Kennedy, Menendez, Cortez Masto & Moran in moving this legislation through Congress,” said Nelson Bunn, Executive Director, National District Attorneys Association.

“The ease with which bad actors can hide illicit cash in the U.S. undermines our national security, props up rogue leaders and renegade regimes, and destroys lives – both here and abroad. The ILLICIT CASH Act is a direct and effective response to the dangers and devastation that result from the lack of safeguards to protect our financial system from abuse,” said Gary Kalman, Executive Director, Financial Accountability and Corporate Transparency (FACT) Coalition.

“When we are able to expose the link between shell companies and drug trafficking, corruption, organized crime and terrorist finance, law enforcement will be able to bring these criminals to justice and make our citizens and our nation safer. This legislation will help law enforcement by removing the mask that hides these illicit actors,” said Pat Yoes, President, Fraternal Order of Police.

Given the critical importance of cracking down on criminal shell companies and the need to combat money laundering and terrorism, the ILLICIT CASH Act envisions a more transparent corporate ownership system and an updated, effective and efficient AML-CFT regime designed for the 21st century. Specifically, this legislation would: 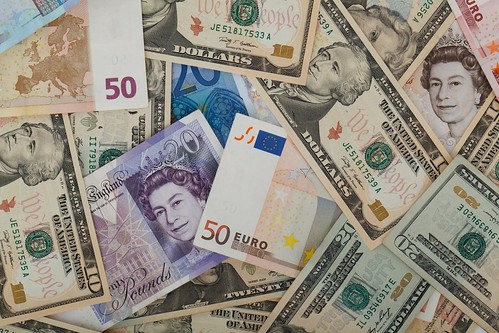 Original article source: http://www.cotton.senate.gov?p=press_release&id=1225 | Article may or may not reflect the views of KLEK 102.5 FM or The Voice of Arkansas Minority Advocacy Council

Netflix's 'Cuties' is child pornography hiding in plain sight - it is Hollywood exploitationBy: Senator Tom CottonSeptember 15, 2020People can disagree about all manner of issues - and in America, Read more