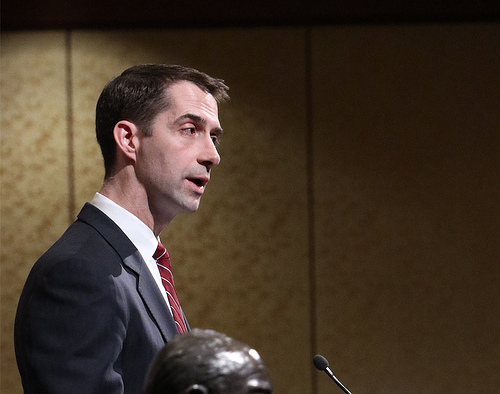 The Cell Phone Jamming Reform Act gives state and federal prisons the authority to implement a jamming system to protect inmates, guards, and the public at large.

“Prisoners have used contraband cell phones to direct illegal activities outside prison walls, including hits on rivals, sex trafficking, drug operations, and business deals. Cellphone jamming devices can stop this but the Federal Communications Act doesn’t allow facilities to use this technology. My bill would fix this problem so that criminals serve their time without posing a threat to the general public,” said Senator Cotton.

“Contraband cell phones have been a problem in our nation’s prison system for years. It is time for Congress to take action and protect the public from criminals who continue their illegal activities from behind bars. I am happy to join my colleagues in the Senate in introducing this bipartisan, bicameral legislation on behalf of the people of West Tennessee,” said Representative Kustoff.

“For more than a decade, contraband cellphones have infiltrated correctional facilities across our nation and around the globe. Kidnapping, extortion, bribery, witness intimidation, robbery, identity theft, malware attacks, security breaches and other serious crimes are being orchestrated on these smuggled devices. From carrier pigeons to drones, to body cavity to compromised vendors and staff, cellphones are making their way behind prison walls in large numbers. The phones themselves have allowed inmates to coordinate the introduction of more illegal phones and other contraband,” said John Wetzel, President of the Association of State Correctional Administrators.

“Despite the concerted efforts being made by correctional staff and leaders, cell phones continue to find their way inside of facilities. Every year thousands and thousands of phones are confiscated from inmates by state departments of corrections and the Federal Bureau of Prisons. It is thus more and more critical for us to deploy as many strategies and tools as are available to us and for us to find new tools and technologies to help us in the fight to maintain safe and secure facilities,” wrote Gary Mohr, President of the American Correctional Association, in a letter of support.

“This commonsense legislation will allow law enforcement personnel to not only keep their jails safer, but would thwart illegal activity from prisoners as well as criminals on the outside. Jail administrators should be able to use any tactic needed to control device activity especially from something that is contraband,” said Jonathan Thompson, Executive Director of the National Sheriff’s Association.

“I appreciate the understanding shown by Senator Cotton of the dangers posed by cell phones inside of Arkansas’s prisons. I urge swift action by our Congress to pass this bill, which provides the option to implement jamming or other technology in the housing areas of our correctional facility to stop the use of contraband cell phones. These phones are illegal under Arkansas state law, but the number of them inside our facilities continues to increase each year. This bill will increase the safety of correctional facilities for staff and inmates,” said Wendy Kelly, Director of Arkansas Department of Corrections.

The use of contraband cellphones is widespread in both federal and state prison facilities. Inmates have used contraband cellphones to conduct illegal activities, including ordering hits on individuals outside of the prison walls, running illegal drug operations, conducting illegal business deals, facilitating sex trafficking, and organizing escapes which endanger correctional employees, other inmates, and members of the public.

By the numbers. The number of contraband cellphones confiscated from various locations:

Bureau of Prisons Correctional officer Lt. Osvaldo Albarati was murdered in 2013 for interrupting an illicit contraband cellphone business. His actual assassination was initiated by an inmate using a contraband cellphone to contact the gunman as outlined in the indictment.

A 2018 report showed an FCI Fort Dix inmate arranged murder and assault from a smuggled phone in a Jersey prison. Another inmate of same Jersey prison was reportedly charged with possessing and distributing child pornography on a contraband phone within the prison. Six other inmates also pled guilty.

Contraband cell phones aren’t only allowing violent criminals to continue their nefarious activities. Earlier this month, the Wall Street Journal reported that Martin Shkreli, the disgraced pharmaceutical executive sentenced to seven years for securities fraud, has still been making decisions at Phoenixus AG through the use of a contraband cellphone. 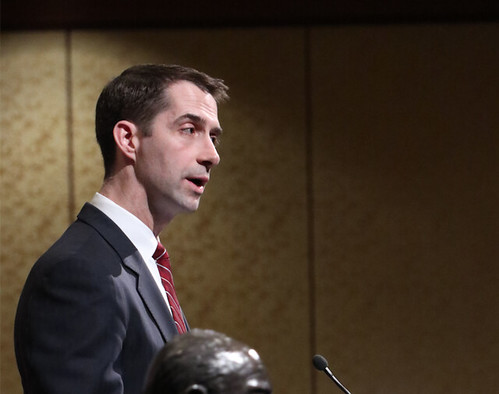 Original article source: http://www.cotton.senate.gov?p=press_release&id=1091 | Article may or may not reflect the views of KLEK 102.5 FM or The Voice of Arkansas Minority Advocacy Council