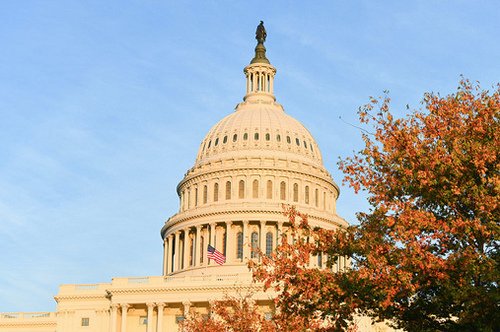 Washington, D.C. – U.S. Senators Tom Cotton (R-Arkansas) and Doug Jones (D-Alabama) have introduced a bill that seeks to address the shortage of pilots in military service by authorizing the secretaries of each military department to create pilot scholarship programs for qualified members of the Junior Reserve Officers’ Training Corps (JROTC).

The Ceiling and Visibility Unlimited (CAVU) Act is named after the renowned pilots’ acronym, frequently used by President George H.W. Bush to describe ideal conditions and promising opportunities. This bipartisan legislation seeks to address the shortage of pilots in military service across all branches, and the scholarships this bill supports would encourage early exploration of careers in aviation within the JROTC ranks.

“The pilot shortage is a serious crisis impacting our military, and I commend the Air Force for creating additional opportunities for JROTC students to pursue their pilot certificates. As the same problem persists across the other branches, our bill would allow each Service’s secretary to create similar scholarship programs that would encourage aspiring students to pursue flight school or attend one of our Service academies,” said Cotton.

“Young people are being asked to choose career paths earlier and earlier, and for many – especially young women and minorities – the field of aviation seems out of reach,” said Jones. “This bill works to address that issue and to open up the world of aviation to all of the rising stars in our JROTC programs.”

“Junior Reserve Officer Training Corps sends thousands of young men and women into the workforce with the character, integrity, and fortitude to succeed in their future endeavors. Scholarships would help encourage young adults to pursue aviation pathways that would otherwise not be open to them,” said Colonel Paul Lips, Director, Air Force JROTC.

A similar program was created by the United States Air Force in 2018. The JROTC Flight Academy’s Chief of Staff Private Pilot Scholarship Program awarded scholarships to 120 students to attend flight school in the summer of 2018 at one of six universities, including Auburn University in Auburn, Ala. The students participated in a 6-8 week summer program, getting their private pilot’s licenses and up to 12 hours of college credit, with no required commitment to the Air Force.

A copy of the bill can be found here.

Original article source: http://www.cotton.senate.gov?p=press_release&id=1095 | Article may or may not reflect the views of KLEK 102.5 FM or The Voice of Arkansas Minority Advocacy Council