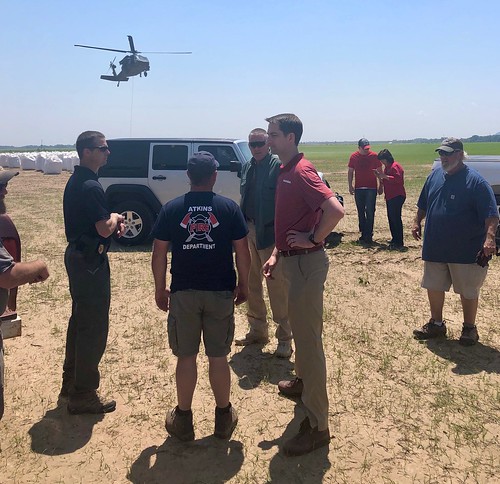 Dardanelle, AR – U.S. Senator Tom Cotton (R-Arkansas) visited officials and affected Arkansans dealing with the historic flooding in Western Arkansas. He toured the Dardanelle dam, met with emergency management officials on the front lines of the devastation, and then visited and thanked the Arkansas National Guard.

“This devastating flood is no match for Arkansans when we come together. Today I spoke with strong and resilient volunteers, National Guardsmen, and emergency management personnel who are working closely with our elected officials to care for all Arkansans affected by this historic flood. Arkansans in my home town of Dardanelle, as well as other communities like Fort Smith and Little Rock, are working side-by-side to protect each other and our state,” said Cotton.

On Wednesday, the Arkansas Congressional Delegation sent a letter to President Donald Trump urging him to support the governor’s request to declare a Federal Emergency in Arkansas.

On Thursday, Senator Cotton took an aerial tour to survey the flooding along the Arkansas River at Dardanelle, Fort Smith, Ozark, Toad Suck, Trimble Lock and Dam, Van Buren. Following the tour, the members received a flood briefing from Emergency Management Officials. Cotton also spoke at an Arkansas Boys State event before viewing the considerable flooding and surveying the affected parts of the state. 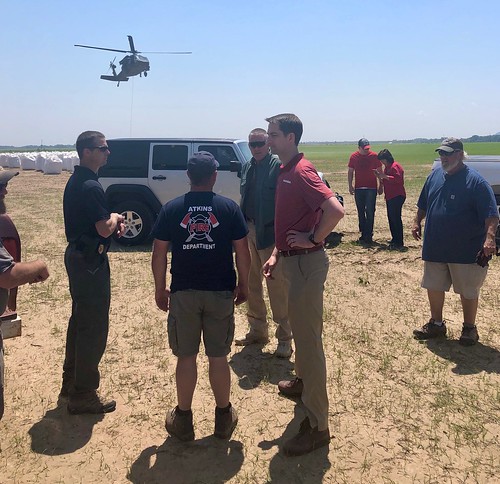 Original article source: http://www.cotton.senate.gov?p=press_release&id=1144 | Article may or may not reflect the views of KLEK 102.5 FM or The Voice of Arkansas Minority Advocacy Council