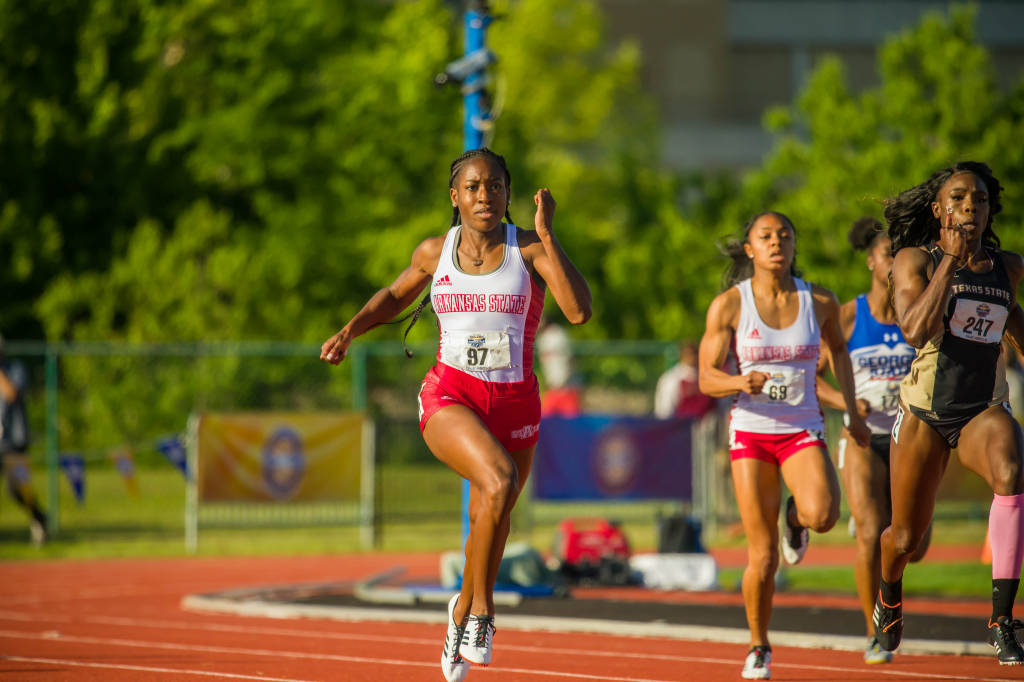 Smith raced to a school record for the second-consecutive night in the 200-meter dash posting an impressive time of 22.75 seconds to qualify fifth among those moving on to Austin, Texas, for the NCAA Championships June 3-5. Yesterday, Smith punched her ticket to Austin in the 100-meter dash. She is among five that are qualified for both the women’s 100 and 200-meter dash.

The men’s and women’s 4×100-meter relays both took to the track Saturday. The women’s squad posted a time of 45.30 seconds to place 17th while the men finished in 41.55 seconds to place 20th. Carter Shell placed 31st in the triple jump at 14.92m (48-11.50) and will focus on long jump as he preps for Austin. Grace Flowers competed in her second event at the regional, finishing 41st in shot put with a throw of 14.62m (47-11.75). Tiaan Steenkamp was unable to register a clearance in the high jump to finish tied for 39th. Imani Udoumana was scheduled to compete in the triple jump, but did not start after an injury during warm-up.

A total of three Red Wolves punched their tickets to Austin by way of results in Sacramento this week. Joining Smith (100m/200m dash) are senior Michael Carr (pole vault) and sophomore Carter Shell (long jump). Carr and Shell both compete on Wednesday, June 5, while Smith runs in semifinal races on Thursday, June 6 with finals scheduled for Saturday, June 8.

Original article source: http://www.astateredwolves.com//ViewArticle.dbml?DB_OEM_ID=7200&ATCLID=211804326 | Article may or may not reflect the views of KLEK 102.5 FM or The Voice of Arkansas Minority Advocacy Council