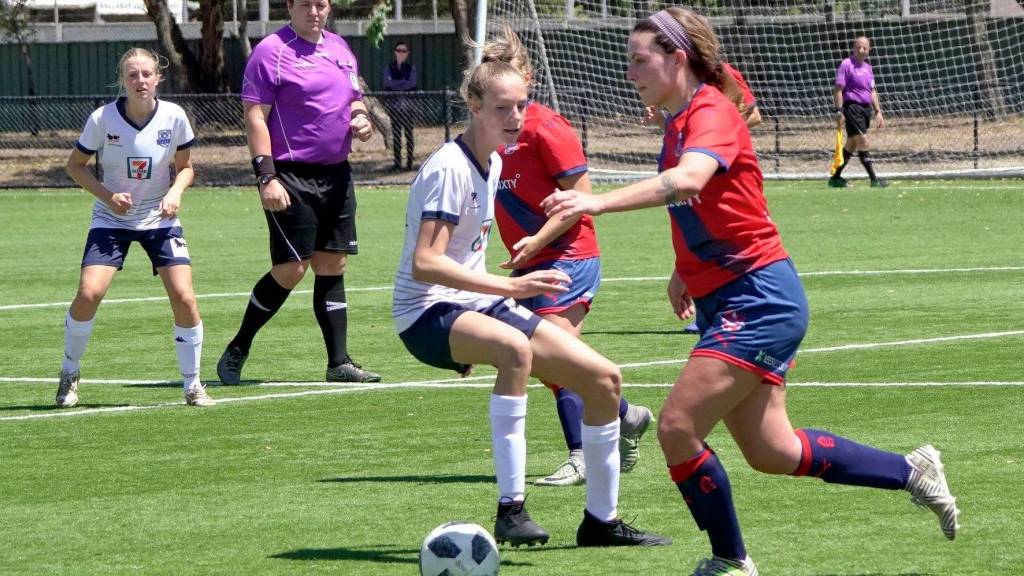 “Since I was a young girl, I wanted to play professional soccer,” Schneider said. “It’s crazy to think that those lifelong dreams have finally come true. I’m excited for this next chapter of my soccer career and I want to thank God, my family, friends, teammates, coaches and agent for helping guide me and making this a reality.”

Schneider finished her career at A-State with eight goals in 48 matches with three assists and 19 points. Her best season came in 2016 when she scored four goals and added two assists as she helped lead the Red Wolves to the Sun Belt Conference Tournament and was also named the league’s Newcomer of the Year.

“Taylor has worked hard to achieve this goal,” A-State head coach Brian Dooley said. “She made our team better because of her competitive desire, physical play and an ability to score some important goals. She will bring this talent with her to Alamein FC.  She deserves this opportunity and I am sure she will be successful.  She will represent the Red Wolves well.”

Alamein FC was established in 2015 and has been part of the Victorian Women’s National Premier League. The club is headquartered in Ashburton, Victoria, Australia and recently finished fourth in the final 2018 standings.

The 2019 season will kickoff on Feb. 23, with Alamein FC taking Calder United SC and fans can keep up with Schneider and Alamein FC by following the team on the website at AlameinFC.com.au or through the team’s Facebook page Facebook.com/AlameinFC.

Original article source: http://www.astateredwolves.com//ViewArticle.dbml?DB_OEM_ID=7200&ATCLID=211790332 | Article may or may not reflect the views of KLEK 102.5 FM or The Voice of Arkansas Minority Advocacy Council