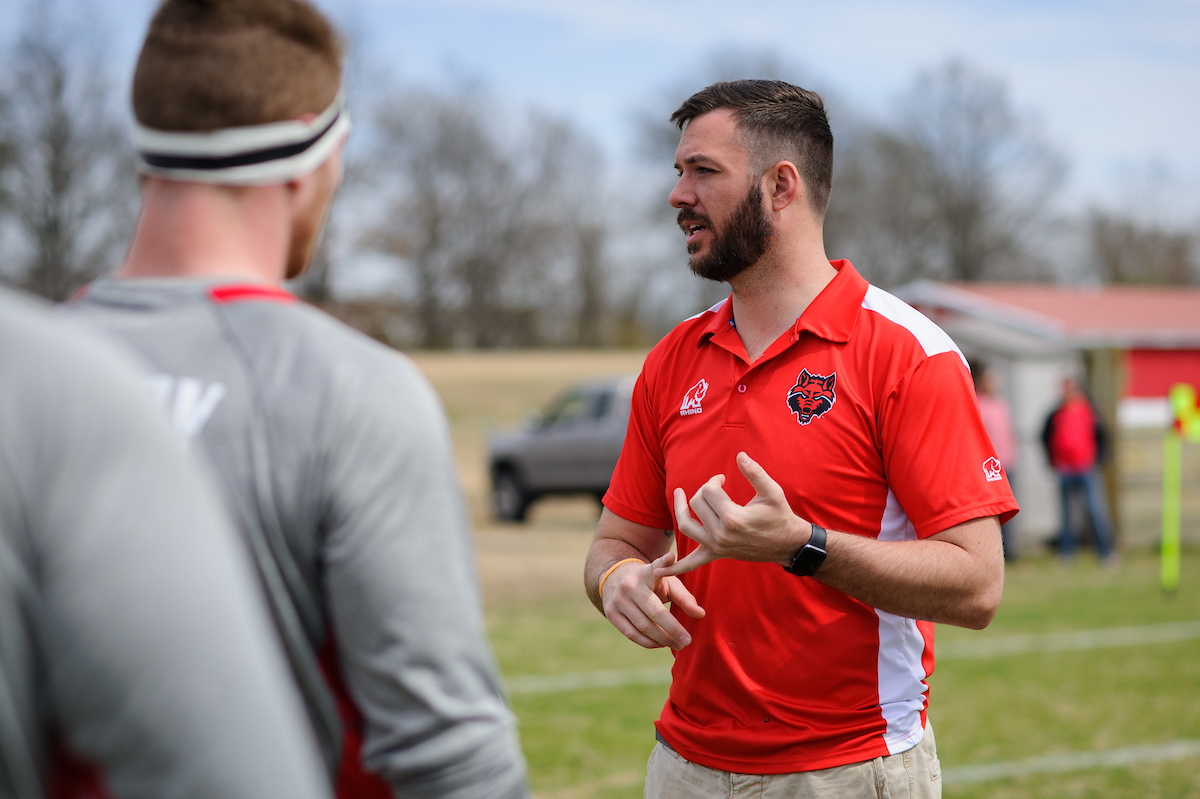 A-State is ranked tenth in the latest D1ARugby.com poll and Lindenwood is ranked fourth. The Lions are coming off a two-match road swing through Texas, defeating Texas A&M, 33-5, and the University of Texas, 95-3.

Blake White, in his second season as head coach, says his Red Wolves are ready to compete. “Training has been going well,” he said. “We’ve got a great leadership group that has really led the way.”

A-State finished the fall season in December with a 7-2 record, (including two JV losses). The Red Wolves outscored their opponents, 463-117, and recorded three shutouts.

Following a break, the team resumed work in the weight room and began preparation for the spring schedule. The program had to face rain, ice and frigid temperatures during the last weeks.

“We’ve been outside twice, which isn’t ideal,” continued White. “But, we’re very fortunate to be able to use the Student Activity Center late evenings. We’ve got a well-rounded team with youth and experience. I’m really excited to see them compete against one of the best teams in the country.”

Original article source: http://www.astate.edu/news/rugby-opens-2019-spring-season-at-home-saturday | Article may or may not reflect the views of KLEK 102.5 FM or The Voice of Arkansas Minority Advocacy Council