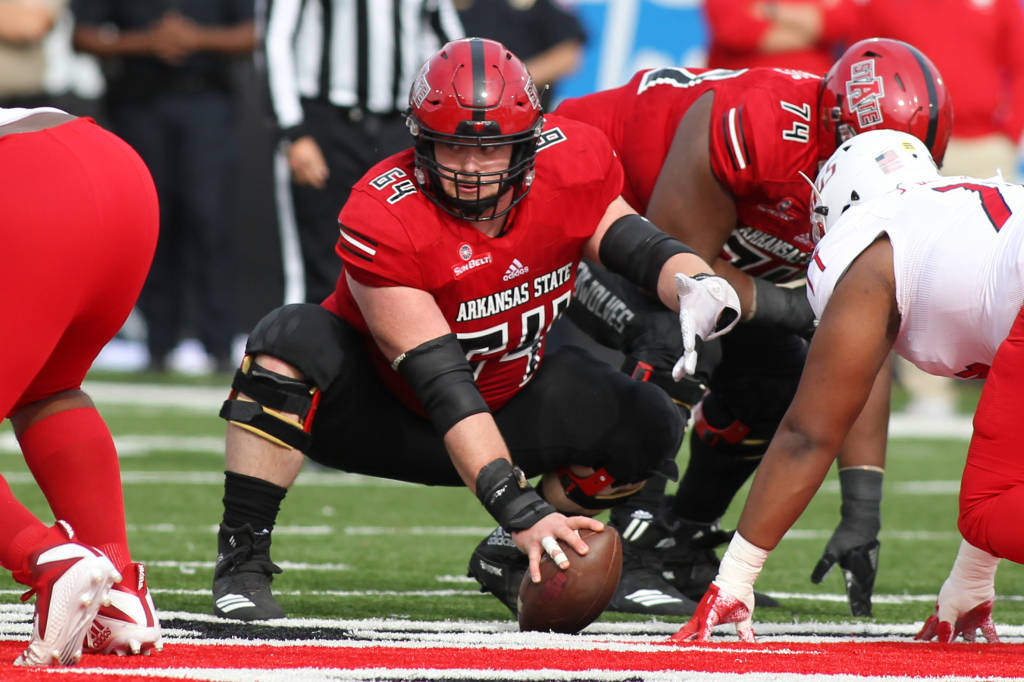 Still was among 80 FBS centers named to the watch list as the Rimington Trophy celebrates its 20th anniversary this year.  The award is issued annually to the nation’s most outstanding center.

Still was named Honorable Mention All-Sun Belt as both a freshman and sophomore, starting all 25 games of his career entering his junior season.  Last season, he helped pave the way up front for an A-State offense that ranked 17th in the nation in total offense (469.1 ypg), 21st in passing (282.7 ypg) and 49th in rushing (186.4 ypg).

The Collierville, Tenn., native was part of an offensive line that ranked 40th in the country in tackles for loss allowed (5.54 per game) and 43rd in sacks allowed (1.85 per game).  Behind Still and the offensive line, the Red Wolves produced over 400 yards total offense in nine games and at least 500 in three.

Still has also been tabbed 2019 preseason All-Sun Belt by both Athlon Sports and Phil Steele’s, which lists him as the 37th-ranked draft-eligible center in the nation.

The Rimington Trophy is a member of the National College Football Awards Association (NCFAA), which encompasses the most prestigious awards in college football.  Founded in 1997, the NCFAA and its 25 awards now boast over 800 recipients, dating to 1935.

Original article source: http://www.astateredwolves.com//ViewArticle.dbml?DB_OEM_ID=7200&ATCLID=211807474 | Article may or may not reflect the views of KLEK 102.5 FM or The Voice of Arkansas Minority Advocacy Council