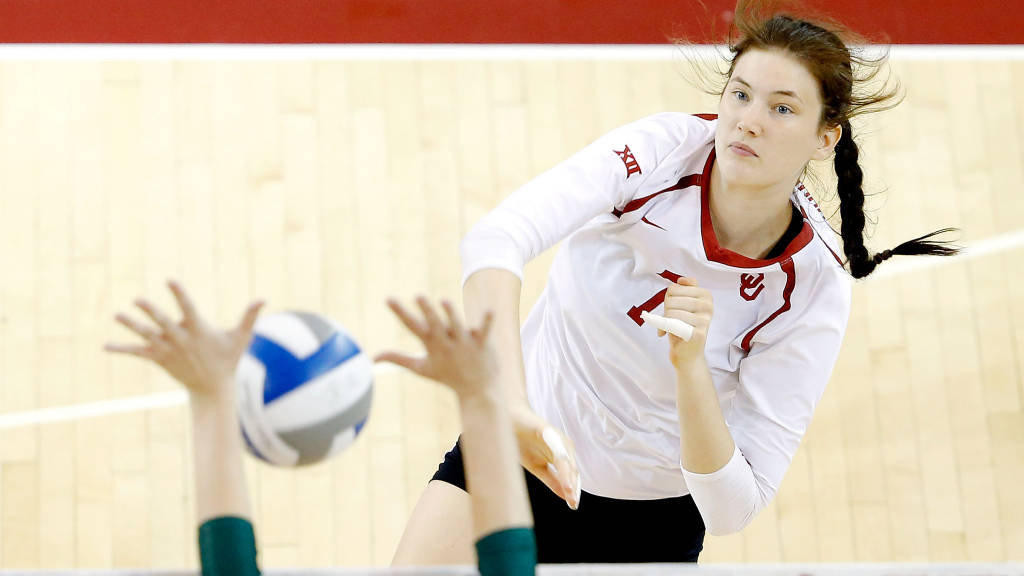 Lettering from 2012 to 2015 for the Sooners as an outside hitter and middle blocker, Holst joins the Red Wolves after a three-year stint at the professional level, playing for clubs in Hungary, the Philippines and Greece until 2018.

“I considered Kierra to be one of the best assets when she was playing for me at OU because she could play multiple positions,” Restrepo said. “Whatever was asked of her, she’d say yes. There is no greater thing to hear as a coach than hearing a player say, ‘I can play any position. Wherever you put me, I’m happy with it.’ That was her greatest attribute. Not only is she super excited to be here, but I’m also excited and honored that she picked us to continue her career. She’s played professionally overseas and has done a tremendous job. We’re extremely happy to have her here.”

“I’m really excited to be back working with Santi again,” Holst said. “He coached me in my college years, so I’m really looking forward to helping our team. It’s going to be great getting to work with him.”

Original article source: http://www.astateredwolves.com//ViewArticle.dbml?DB_OEM_ID=7200&ATCLID=211806900 | Article may or may not reflect the views of KLEK 102.5 FM or The Voice of Arkansas Minority Advocacy Council