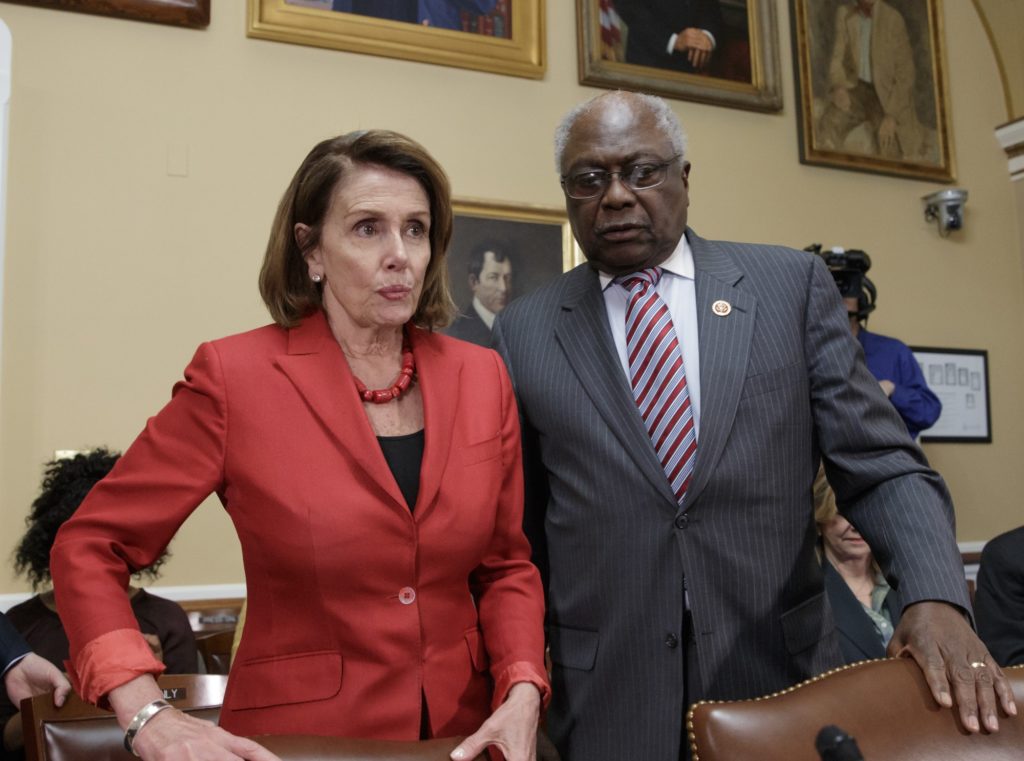 House Democratic Leader Nancy Pelosi of California, with Assistant Minority Leader Rep. James Clyburn, D-S.C., right, arrives at the House Rules Committee to speak in support of AARP and other consumer health groups as the GOP majority is shaping the final version of the Republican health care bill before it goes to the floor for debate and a vote, at the Capitol in Washington, Wednesday, March 22, 2017. (AP Photo/J. Scott Applewhite)

The Congressional Black Caucus has voted unanimously to nominate Rep. Clyburn as the Democrat House Whip. A whip is an official of a political party whose task is to ensure party discipline in a legislature. Whips are the party’s “enforcers”; they invite their fellow legislators to attend voting sessions and to vote according to the official party policy

Original article source: http://aurn.com/rep-james-clyburn-d-sc-on-democrats-taking-control-of-congress/ | Article may or may not reflect the views of KLEK 102.5 FM or The Voice of Arkansas Minority Advocacy Council