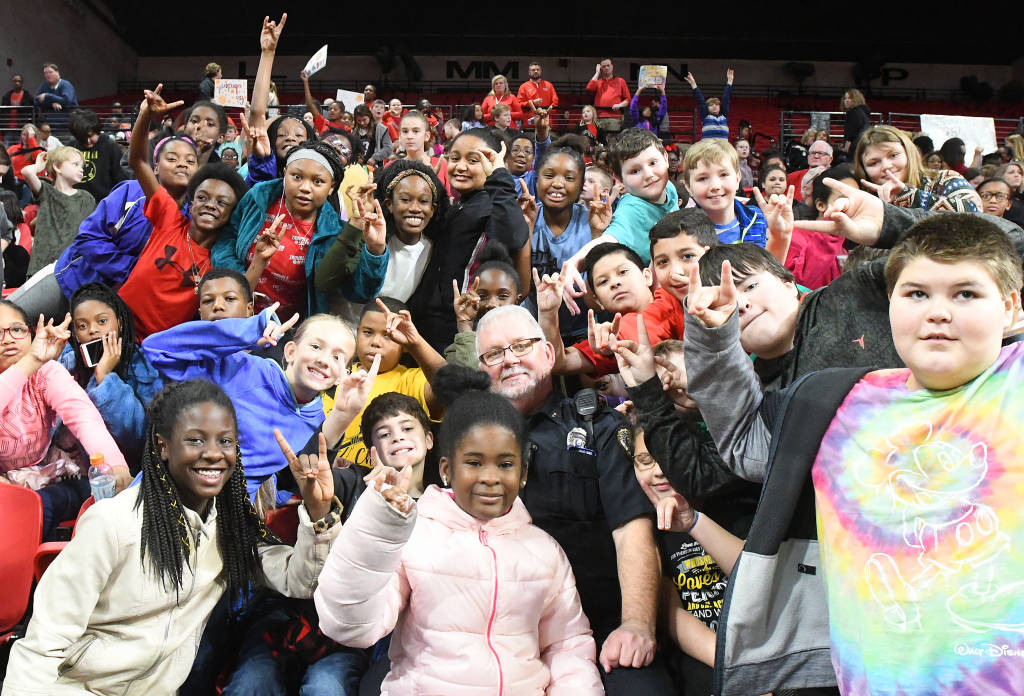 The attendance figure ranks as the second largest single-game crowd in women’s basketball history and ranks as the seventh largest crowd game in program history (including doubleheaders).

The Red Wolves built a 15 point lead early in the third quarter after Morgan Wallace grabbed one of her six rebounds on the day and converted a layup on the other end. Wallace also finished in double figures with 11 points and also added two steals on the defensive end.

“We’ve had a lot of games where we have started slow and ended strong this season, but today it was the opposite,” Arkansas State head coach Brian Boyer said. “The good news is we still ended up with the win and I thought the start of the game was great and I thought the defense and I thought we had them on the ropes coming out of the first quarter, but we just had some careless mistakes that kept us from putting them away.”

Mississippi Valley State answered with a 10-0 run at the end of the third quarter and into the start of the fourth quarter to tie the game at 47-47 with 8:04 to go. The game was tied again at 50-50 with 4:00 minutes to go, but A-State responded by scoring seven of the next eight points to go up 58-51.

The Devilettes worked the lead down to three points, twice in the last minute and had a chance to send the game into overtime when LaKendra Bassett’s 3-point attempt rattled out as time expired to give A-State the win.

“Really in the second half it was two things,” Boyer said. “They came out in a zone on the defensive and then offensively they just started burying their heads and getting to the rim for layups or getting fouls called.”

The Red Wolves were their own worst enemies throughout the game and turned the ball over 22 times and made just 9-of-24 attempts at the free throw line. The team shot 40.7 percent (24-of-59) from the field while limiting MVSU to just a 34.4 percent (22-of-64) clip on the day.

A-State will take to the road for a non-conference matchup at Belmont Dec. 21. Tip-off in Nashville is set for Noon.

Original article source: http://www.astateredwolves.com//ViewArticle.dbml?DB_OEM_ID=7200&ATCLID=211783734 | Article may or may not reflect the views of KLEK 102.5 FM or The Voice of Arkansas Minority Advocacy Council