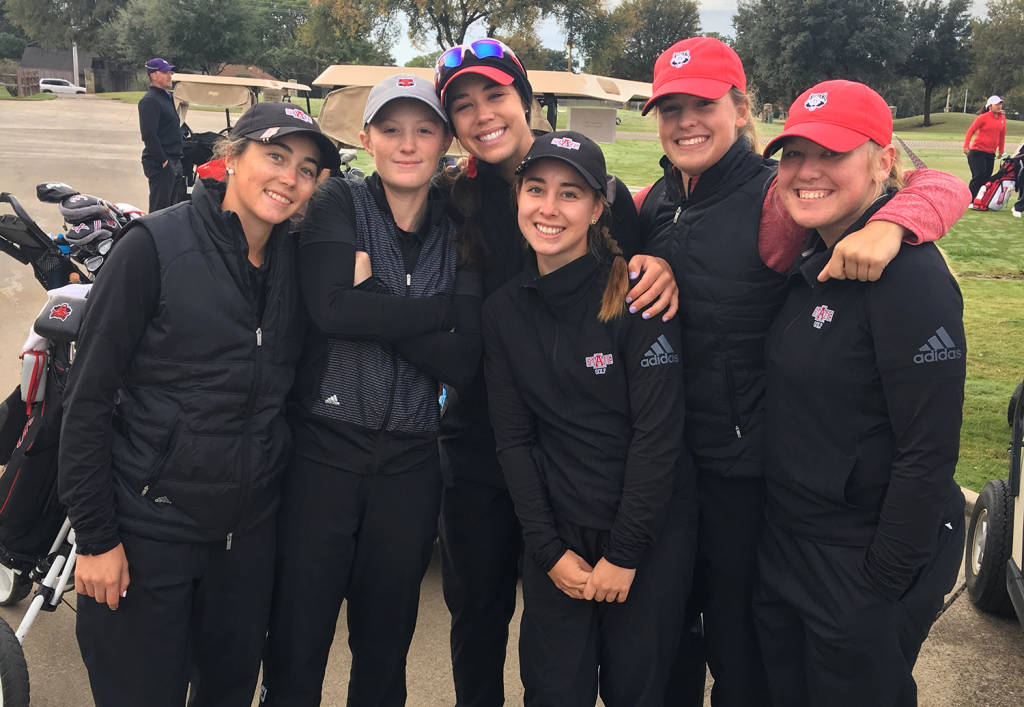 The Red Wolves shot a combined 898 that was also their best 54-hole total at a non-home event since recording the same score at the 2011 Sun Belt Conference Tournament. The squad opened play Monday with a 301 and followed with a season-best 294 for the second round, while it posted a 303 today to wrap up play.

All five players in A-State’s team lineup placed among the top-25 individuals to lead the Red Wolves to their best finish of the season. They completed the first two rounds in first place, but slipped to second in the final standings behind a South Alabama team that closed play with a tournament-best 294.

“I’m very proud of the team’s effort this week,” said A-State head coach M.J. Desbiens Shaw. “We are getting closer to playing up to our potential. They put themselves at the top of the leaderboard and handled the pressure pretty well. I’m very impressed by our two freshmen in the lineup this week. They showed they can handle adversity, and I look forward to our last event next week.”

The Red Wolves were led by Olivia Schmidt, who took sixth place to claim her first career top-10 finish. The freshman shot a season-best 222 (74-72-76), which included a second-round 72 that tied her lowest single-round score of the year.

Making her first collegiate appearance, freshman Kiley Rodrigues finished tied for 20th place with a 230 (78-76-76). Junior Marisa Marquez put together the fourth-best finish of her career, placing tied for 24th. Including a career-best 72 for the second round, she shot a combined 234 (82-72-80) that was good enough for her fifth career top-25 finish.

Competing as an individual, freshman Madison Smith finished 29th in her second career collegiate tournament. She posted a combined 236 (79-78-79), including a low round of 78.

Arkansas State will conclude the fall portion of its schedule Oct. 28-30 at the Little Rock Golf Classic in Hot Springs Village, Ark.

Original article source: http://www.astateredwolves.com//ViewArticle.dbml?DB_OEM_ID=7200&ATCLID=211777290 | Article may or may not reflect the views of KLEK 102.5 FM or The Voice of Arkansas Minority Advocacy Council