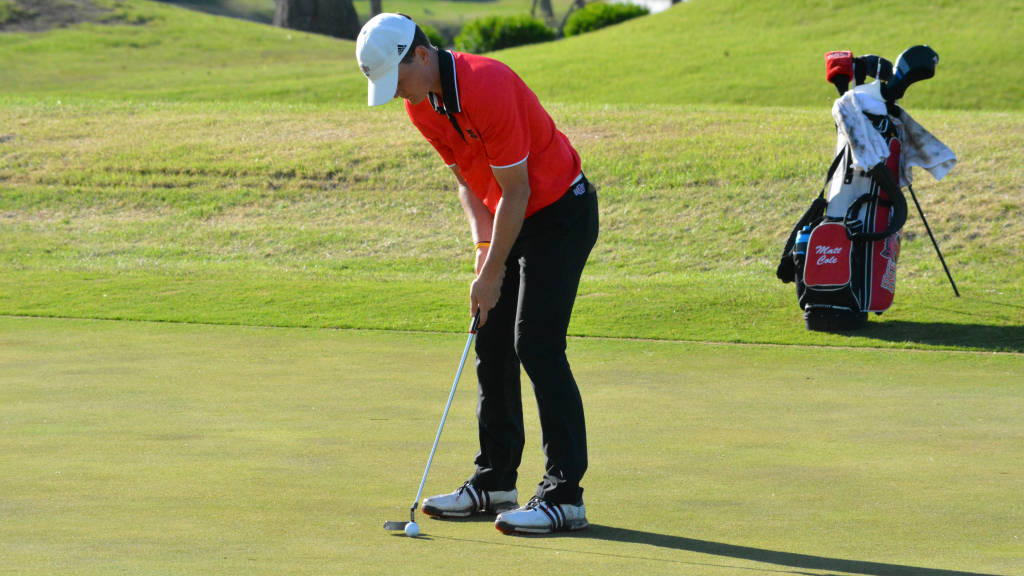 VERO BEACH, Fla. (10/14/18) – Every member of the Arkansas State men’s golf team competing in the Quail Valley Intercollegiate posted a score under par Sunday, pushing the Red Wolves to the top of the 16-team field through one round of play at the Quail Valley Golf Club.

A-State shot a 9-under-par 279, its third lowest single-round score of the season, to end the tournament’s opening day one stroke ahead of North Florida. Like the Red Wolves, the second-place Ospreys are receiving votes in the Bushnell Golfweek Coaches Poll.

Arkansas State also leads teams such as Michigan State, South Florida, Notre Dame, Little Rock, Memphis, Maryland and Nebraska. South Florida is listed as the No. 27 team in Golfweek’s national rankings, while both Michigan State and Maryland are receiving votes in the Coaches Poll.

Coming into the tournament at No. 18 itself in the Golfweek rankings, Arkansas State saw all five of its participating players end the day among the top-16 individual leaders. Julien Sale carded a 4-under 68 to place him tied for second. The junior trails Ryoto Furuya of South Florida by only one stroke.

Junior Zan Luka Stirn is only one stroke behind his teammate Sale and positioned in a tie for sixth place after shooting a season-best 69. Senior Joel Wendin, junior Matthew Cole and freshman Luka Naglic all posted a 71 to place them in a tie for 16th. Cole’s score marked his best round of the young season.

The Quail Valley Intercollegiate will continue tomorrow with the second round, while the final 18 holes will be played Tuesday.

Original article source: http://www.astateredwolves.com//ViewArticle.dbml?DB_OEM_ID=7200&ATCLID=211776016 | Article may or may not reflect the views of KLEK 102.5 FM or The Voice of Arkansas Minority Advocacy Council