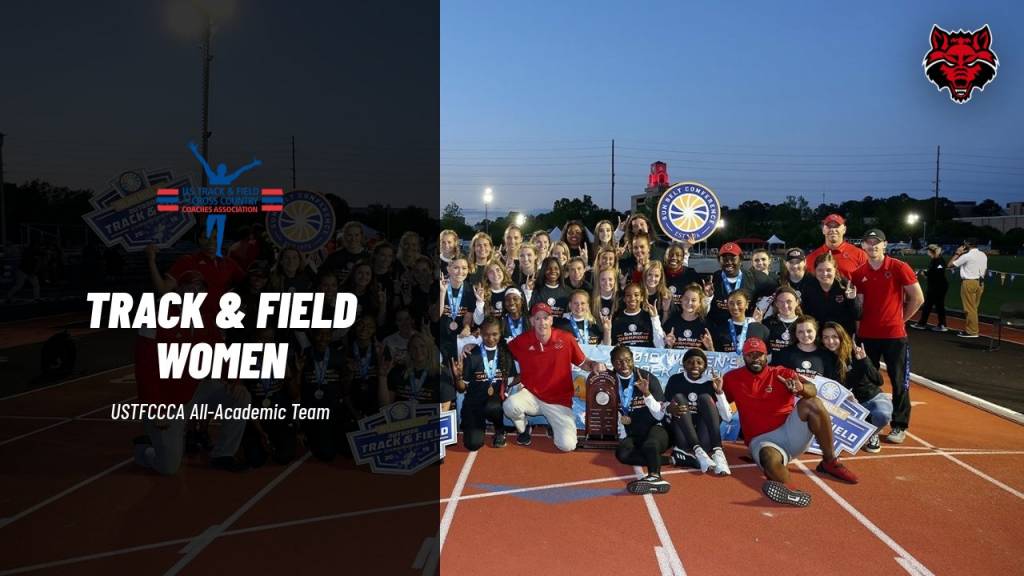 JONESBORO, Ark. (7/22/19) – Not only did Arkansas State track & field put together another successful season in 2019, but that success also translated to the classroom, as the Red Wolves’ women’s team was recognized as a USTFCCCA All-Academic Team on Monday.

The 2019 Sun Belt Conference champions earned the honor with a 3.38 team grade point average for the academic year, which ranked second among Sun Belt Conference women’s teams. A-State was one of five programs from the league on the 277-team women’s list.

To qualify for USTFCCCA All-Academic laurels, the student-athlete must have compiled a cumulative GPA of 3.25 and, for outdoor consideration, must have qualified for any round of the NCAA Division I Championships.

Udoumana, a sophomore strategic communication major, capped off her 2019 season by claiming the triple jump crown with a personal-best leap of 12.69m (41-7.75) at the Sun Belt Outdoor Championships to help the Red Wolves capture the team title.

Fellow sophomore Vandeput, a mechanical engineering major, also medaled at the conference championships, earning silver in the discus throw with a collegiate-best throw of 51.76m (169-10.0), while also throwing at the NCAA West Region Prelims.

Original article source: http://www.astateredwolves.com//ViewArticle.dbml?DB_OEM_ID=7200&ATCLID=211807545 | Article may or may not reflect the views of KLEK 102.5 FM or The Voice of Arkansas Minority Advocacy Council