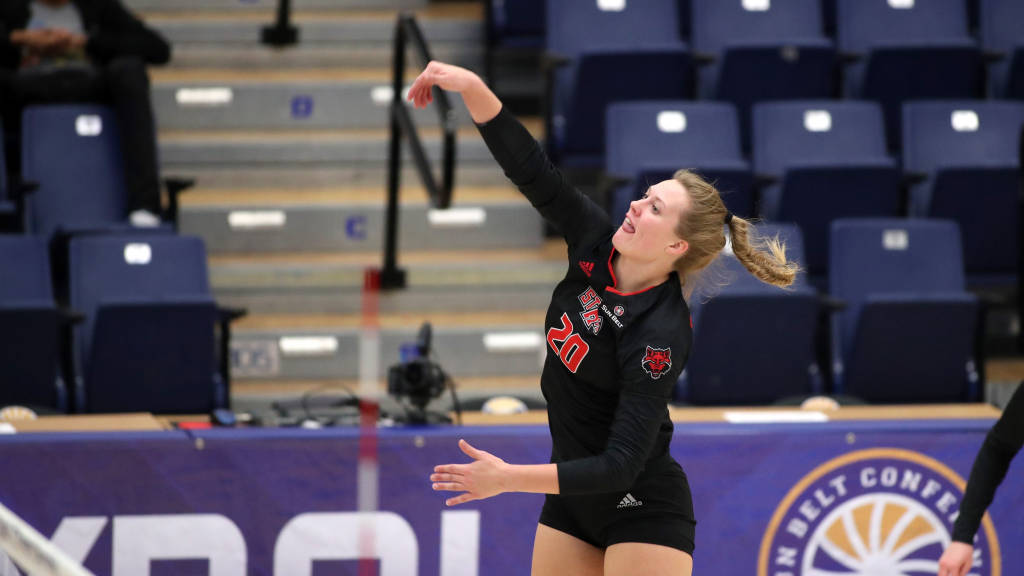 JONESBORO, Ark. (8/6/19) – Preseason practice for volleyball programs around the country is just days away, and with that came the release of the preseason Sun Belt Conference poll on Tuesday.

Arkansas State, which finished third in the conference a year ago, was predicted by the league’s coaches to finish fourth in the West Division with 37 points. Texas State was picked unanimously to win with 72 points. UT Arlington was picked to finish second, while Little Rock was projected third. Louisiana and ULM round out the division. Coastal Carolina was picked to win the East Division with 67 points and seven first-place votes to Appalachian State’s 65 points and five first-place votes.

Entering the first season under Santiago Restrepo, A-State opens up preseason practice Thursday and will hold a preseason Red vs. Black intrasquad scrimmage at noon on Saturday, Aug. 17 at First National Bank Arena. Admission to the scrimmage is free.

Original article source: http://www.astateredwolves.com//ViewArticle.dbml?DB_OEM_ID=7200&ATCLID=211808514 | Article may or may not reflect the views of KLEK 102.5 FM or The Voice of Arkansas Minority Advocacy Council