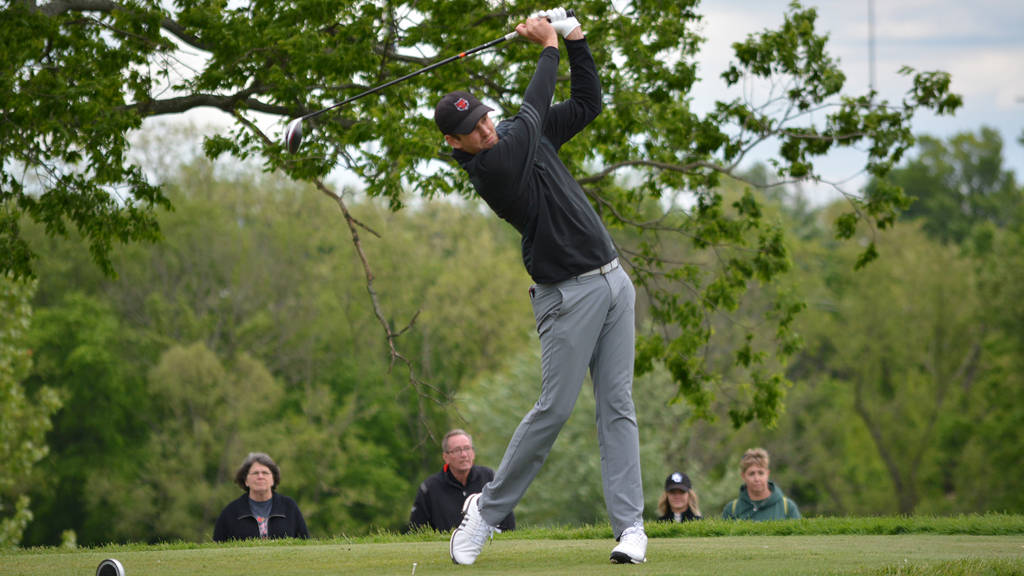 SIMPSONVILLE, Ky. (5/13/19) – Making its first appearance in the NCAA Championships since 2002, the 35th-ranked Arkansas State men’s golf team shot a first-round 295 Monday at the Louisville Regional to place it 10th among the 13-team field that features five top-25 ranked teams.

The Red Wolves quickly found themselves near the bottom of the standings to begin the day at the University of Louisville Golf Club, but climbed back to as high as sixth-place late before their five-man lineup stumbled on the final hole to drop the squad back to 10th place.

“We started playing better after a slow start, and it looked like we were going to settle into our round, but then we didn’t finish very well,” said A-State head coach Mike Hagen.  “We started making some birdies and seeing some movement in the right direction, but the last hole gave us some trouble and we just didn’t finish our round good, which is unusual for us.

“We played the tougher stretches of the course well, so that was a positive we can build off of, but we have to manage our round better.  You have six conference champions in this field, and the others are obviously very good teams, so we have to be consistent throughout the entire round.”

The Red Wolves were led by senior Joel Wendin, who carded a 72 to place him tied for 26th.  Junior Zan Luka Stirn posted a 73 to place him tied for 35th, while junior Julien Sale and freshman Luka Naglic both shot a 75 to put them in a tie for 53rd place.  Also competing for A-State, junior Matthew Cole stands tied for 60th place with a 77.

A-State will enter tomorrow’s second round, which is set to begin at 6:30 a.m., only one stroke behind ninth-place Mississippi State and within three of 13th-ranked North Florida.  Fifth-place West Virginia holds a nine-stroke advantage over A-State after posting a 286, while Auburn leads the field with a 276.

Original article source: http://www.astateredwolves.com//ViewArticle.dbml?DB_OEM_ID=7200&ATCLID=211803371 | Article may or may not reflect the views of KLEK 102.5 FM or The Voice of Arkansas Minority Advocacy Council