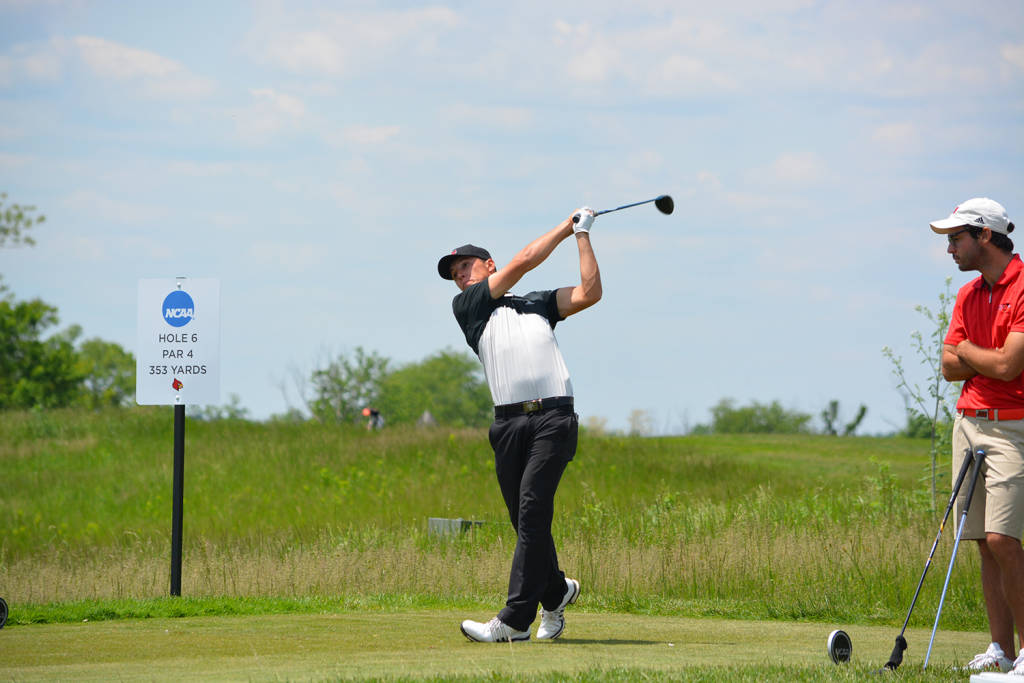 CEDAR RAPIDS, Iowa (9/16/19) – The Arkansas State men’s golf team carded a second round 283 (-5) to climb to second place heading into the final round of the Golfweek Conference Challenge at Cedar Rapids Country Club.

Senior Zan Luka Stirn held the individual lead after day one and a 1-under 71 saw Stirn slip to second overall, two strokes shy of David Perkins of Illinois State. Freshman Adam Thorp surged to a tie for 10th carding a second round 70 (-2) to total 142 (-2) for the two rounds played. Senior Julien Sale had the low round of the day for A-State posting a 3-under 69 and stands tied for 45th with sophomore Jack Madden with a two-day total of 149 (+5). Freshman Cade Uhlenhake is tied for 57th at 150 (+6) while Sophomore Luka Naglic is tied for 66th at 151 (+7).

Original article source: http://www.astateredwolves.com//ViewArticle.dbml?DB_OEM_ID=7200&ATCLID=211811870 | Article may or may not reflect the views of KLEK 102.5 FM or The Voice of Arkansas Minority Advocacy Council