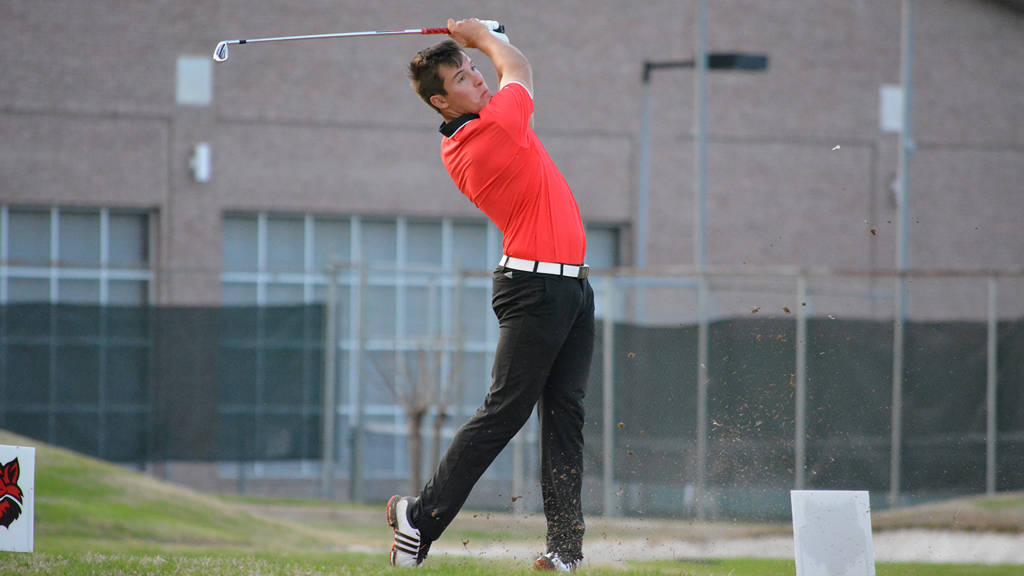 CARROLLTON, Texas (10/8/18) – Led by three players collecting a top-25 individual finish, the Arkansas State men’s golf team completed play Monday at the Maridoe Intercollegiate in sixth place among 14 teams after recording a combined 890 for the three-day tournament played at the Mardioe Golf Club.

A-State, which shot a final-round 294, finished only one stroke behind fifth-place New Mexico and ahead of teams such as Tennessee and North Florida.  The Volunteers are the nation’s fifth-ranked team in the Bushnell Golfweek Coaches Poll, while the Ospreys are receiving votes along with the Red Wolves.

Posting a 292 and 304 for the first and second rounds, respectively, Arkansas State also placed ahead of Indiana, UTSA, Houston, Rice, UT Arlington and Boise State.  The No. 21 team in the nation, SMU claimed the tournament title with an 861, and No. 6 Texas A&M took runner-up honors with an 875.

Zan Luka Stirn led the Red Wolves with a runner-up finish, collecting his third top-15 finish of the year in as many tournaments.  The junior, who won the Lone Star Invitational to start the season, recorded a combined 215 (70-74-71).  He carded a 70 to begin play Saturday, which was the lowest single-round score of the tournament by an A-State player.

Original article source: http://www.astateredwolves.com//ViewArticle.dbml?DB_OEM_ID=7200&ATCLID=211775268 | Article may or may not reflect the views of KLEK 102.5 FM or The Voice of Arkansas Minority Advocacy Council