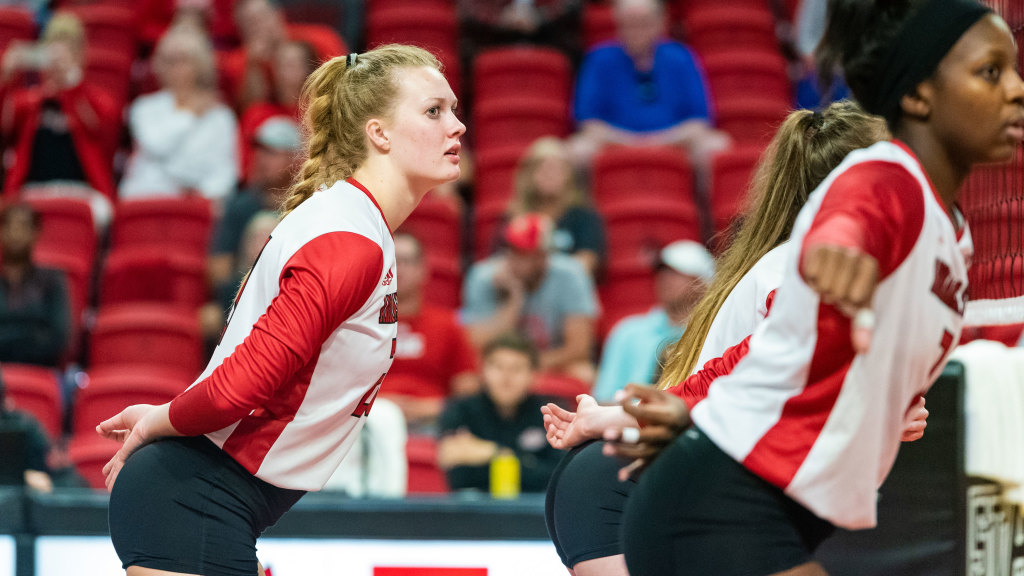 Down 1-0 in the match, the Red Wolves (11-7, 2-4 Sun Belt Conference) fought back to even up the contest at a set apiece, but the Chanticleers (16-2, 6-0) went on to claim the third and fourth en route to remaining unbeaten in league play.

For the second night in a row, Timber Terrell paced the A-State offense with 16 kills – matching her career high while Julianna Cramer dished out a team-high 19 assists. Defensively, Hannah Cox led the way with a match-high 21 digs to go along with five blocks from Kendahl Davenport.

A-State out-blocked the Chanticleers 8.0 to 5.0 while CCU edged out the Red Wolves at the service line 7-5.

CCU was led on the offensive end by Anett Nemeth, who tallied 30 kills and 11 digs in a double-double effort while Brigitta Petrenko handed out 53 assists and collected 12 digs to go along with a match-high three aces.

Set 1 – Coastal Carolina 25-18
The Chanticleers claimed the first two points of the opening set, but a 3-0 run gave A-State its first lead of the match at 3-2. After a back-and-forth exchange for the next few points, CCU took the lead for good at 8-7 on a ball-handling error.

From there, the Chanticleers would stretch its lead out to as much as seven before A-State saved two set points on kills by Terrell. A kill by Nemeth closed out the set, giving Coastal a 1-0 lead in the match.

CCU went on a 4-0 to inch closer at 18-12, but the Red Wolves would hold off the Chanticleers’ high-powered attack to knot up the match at a set apiece with a 25-17 second-set victory.

Madison Brown tallied three of her six kills in the second set to lead A-State offensively with Malgorzata Andersohn handing out four of her 13 assists. The Red Wolves also tallied 4.0 blocks as a squad, led by two each from Davenport and Josie Stanford.

The Chanticleers stretched their lead out to 20-11 but a Putt kill halted the 4-0 run. A-State saved another set point on a service error by the Chanticleers – one of 13 by the league’s top serving team.

Terrell led A-State with four kills to go along with three by Putt, while Cramer handed out five assists.

Set 4 – Coastal Carolina 25-20
The Chanticleers got 12 kills by Nemeth in the fourth set on 17 attacks to close out the match with a tight 25-20 decision in the fourth set. CCU opened with a 6-2 lead, although the Red Wolves managed to knot up the score at 8-all on an ace by Stanford and take a 9-8 lead on a subsequent kill by Uhlenhake.

After several ties – 11 total in the set – a 3-0 run gave the Chanticleers some breathing room up 19-16. The Red Wolves clawed back to make it 19-18, but CCU took six of the final eight points to take the set and match.

Terrell closed out the match with six kills in the set to accompany nine Cramer assists, while Hannah Cox collected seven digs.

The Red Wolves remain in the Natural State for their next test, traveling south to Little Rock to take on the rival Trojans on Saturday, Oct. 19. First serve at the Jack Stephens Center is slated for 6:30 p.m.

Original article source: http://www.astateredwolves.com//ViewArticle.dbml?DB_OEM_ID=7200&ATCLID=211814106 | Article may or may not reflect the views of KLEK 102.5 FM or The Voice of Arkansas Minority Advocacy Council