Red Wolves Fall in Opening Round of SBC Tournament
0 Comments 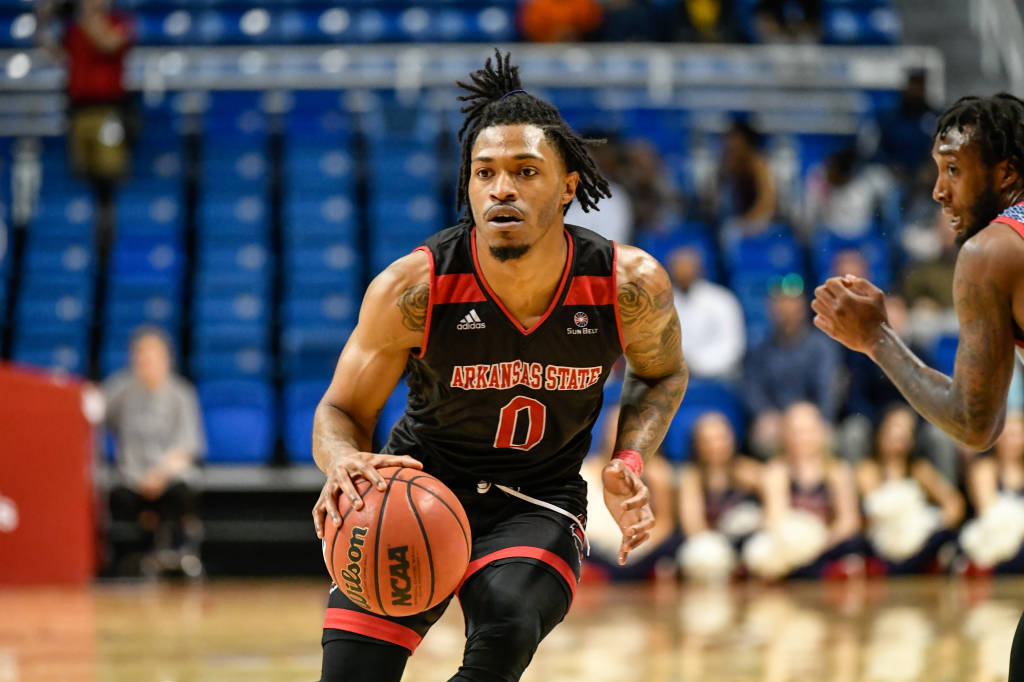 MOBILE, Ala. (3/12/19) – The Arkansas State men’s basketball team saw its season come to a close with a 75-67 loss at South Alabama in the opening round of the 2019 Sun Belt Conference Tournament.

Ty Cockfield had 21 points to lead A-State and established the single-season scoring record with 716 points scored. He also set the single-season free throws made record knocking down three in the game for 173 on the season. Grantham Gillard added a double-double of 12 points and 10 rebounds while Christian Willis and Marquis Eaton added 10 each. Josh Ajayi led the Jaguars with 22 points.

“I want to commend South Alabama for the way they played, especially in the second half,” said A-State head coach Mike Balado. “ I think Richie Riley is doing an excellent job with his team, obviously they are very talented.  With that said, I don’t think we played our best game.  They shot the ball real well and I think we were late on rotations, and obviously we didn’t shoot it as well as we could.  Hats off to them, I wish them and all the teams playing this weekend the best of luck in New Orleans. I wish we would’ve been there.”

A-State lead by as many as seven on two occasions in the first half and carried a three-point advantage to the break. The Red Wolves held South Alabama without a field goal for the first six minutes of the game, but the Jaguars were 6-of-6 at the free throw line to remain within seven or fewer points.

Both teams finished with 37 boards on the game with A-State pulling in a 15-8 edge on the offensive glass. With that advantage, A-State outscored South Alabama just 11-9 in second chance points. The Red Wolves finished with just five turnovers while forcing the Jaguars into 12 miscues.

“We had a long talk in the locker room following the game and I told our seniors how much I love them,” Balado said. “What that group has done for this program is immeasurable. I’ve been hard on them and they did everything I asked them to do. We had zero issues off the court and no distractions. They did everything I asked for two years and this program is taking a leap forward because of Ty, Grantham and Tristin.”

“The message to the rest of the team was we have to get to work. I used the analogy that we are paving a road. Last year the cement was poured and it was hardened this year by the hard work and culture the three seniors. They all left their initials with finger prints and now we have to walk over that concrete road and build further and further as we go for our ultimate goal of playing in the NCAA Tournament and winning games there.”

Original article source: http://www.astateredwolves.com//ViewArticle.dbml?DB_OEM_ID=7200&ATCLID=211795300 | Article may or may not reflect the views of KLEK 102.5 FM or The Voice of Arkansas Minority Advocacy Council