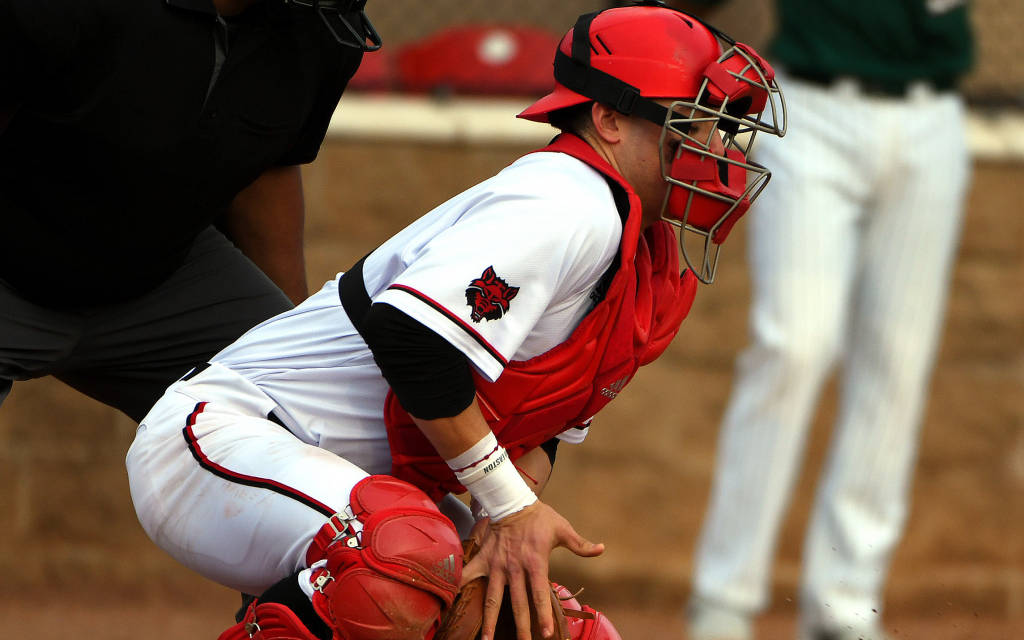 RUSTON, La. (3/2/19) – The Arkansas State baseball team dropped a pair of games to Louisiana Tech Saturday evening at J.C Love Field. The Red Wolves fell to the Bulldogs 5-4 in the day’s first game and then dropped game two 8-6.

A-State (7-5) rallied in the ninth inning when Sky-Lar Culver hit a leadoff homerun to right center then Jaylon Deshazier reached on a Louisiana Tech (8-2) error while Andrew Leggo followed with a two-run homer to left field.

In the top of the seventh the Red Wolves pulled within 2-1 when Jacob Jablonski filed out to right field for an RBI sacrifice fly to score Justin Felix. However, in the bottom of the seventh Tanner Huddleston doubled to right field then advanced to third on a wild pitch before Robinson hit an RBI single to left.

After two scoreless innings, Louisiana Tech struck first on a Mason Robinson homer to right field to take a one run advantage over the Red Wolves. The Bulldogs built a two-run lead over A-State when Taylor Young reached on a throwing error then advanced to second on a sacrifice bunt by Mason Millard before Steele Netterville doubled to left field to score Young.

In game two, Louisiana Tech jumped out to an early three-run lead when Mason Millard singled to left center then advanced to second on a fielding error to score Young. Shelton Wallace reached on a fielder’s choice then stole for second which scored Mallard.

In the top of fourth, the Red Wolves pulled within 3-2 when Jablonski singled to right center and Tipton doubled to left field and advanced to second on the throw before Howard singled through the left side to score Jablonski. The Scarlet and Black tied the ball game at 2-2 on a double to right center by Jake Karst to score Deshazier.

The Red Wolves return to action Tuesday, March 5, when they travel to Central Arkansas for midweek action. The first pitch is set for 6 p.m. at Bear Stadium.

Original article source: http://www.astateredwolves.com//ViewArticle.dbml?DB_OEM_ID=7200&ATCLID=211793560 | Article may or may not reflect the views of KLEK 102.5 FM or The Voice of Arkansas Minority Advocacy Council