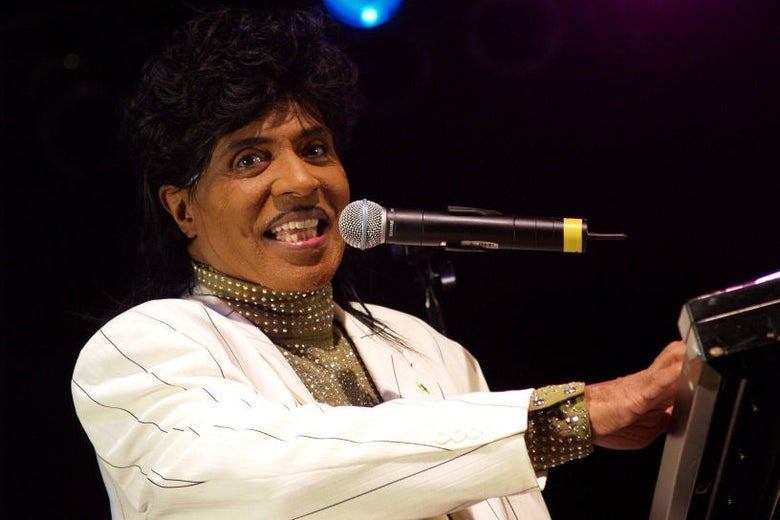 Known by many as “The Architect of Rock and Roll,” Richard Wayne Penniman aka Little Richard, was a pioneer of the popular music that came to dominate in the 1950s and beyond.

With a fusion of blues, boogie woogie and gospel stylings, Little Richard helped create the sound that swept the United States and ultimately the world.

Songs like “Rip It Up,” “Long Tall Sally,” “Good Golly Miss Molly,” ‘Ready Teddy,” “Tutti Frutti” combined with his energetic, rousing performances helped Little Richard set the stage and the bar for any and all rock and R&B superstars that came after him. To quote a recent New York Times article, Little Richard offered “An Ecstasy You Couldn’t Refuse.”

“No Jimi, No Beatles No Bowie, No Bolan. NO GLAM, No Freddie, No Prince, No Elton, No Preston No Sly, No Stevie, WITHOUT Little Richard! They DON’T HAPPEN Without HIM BLAZING A TRAIL IN THE DARK.”

Little Richard’s talent and audaciousness was the springboard to so many. Here’s a collection of his music, and of a wide range of artists who he influenced greatly.

Little Richard was a standard-bearer for being whoever the eff you want.”

Original article source: https://goodblacknews.org/2020/05/09/r-i-p-rock-and-rb-music-legend-little-richard-87/ | Article may or may not reflect the views of KLEK 102.5 FM or The Voice of Arkansas Minority Advocacy Council