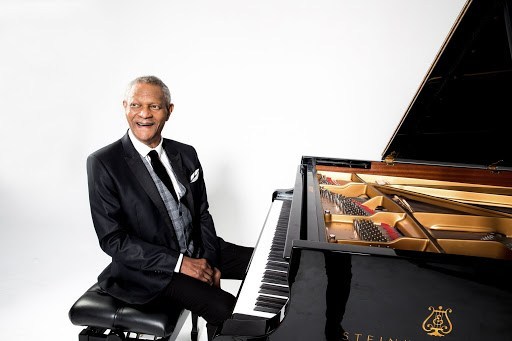 McCoy Tyner, a cornerstone of John Coltrane’s groundbreaking 1960s quartet and one of the most influential pianists in jazz history, died on Friday at his home in New Jersey at age 81, according to the New York Times.

His death was announced by a spokesman for the Tyner family. No other details were provided. Mr. Tyner’s survivors include his wife, Aisha; his son, Nurudeen, who is known as Deen; and his brother, Jarvis.

To quote from the article:

Along with Bill Evans, Herbie Hancock, Chick Corea and only a few others, Mr. Tyner was one of the main expressways of modern jazz piano. Nearly every jazz pianist since Mr. Tyner’s years with Coltrane has had to learn his lessons, whether they ultimately discarded them or not.

Mr. Tyner’s manner was modest, but his sound was rich, percussive and serious, his lyrical improvisations centered by powerful left-hand chords marking the first beat of the bar and the tonal center of the music.

That sound helped create the atmosphere of Coltrane’s music and, to some extent, all jazz in the 1960s. (When you are thinking of Coltrane playing “My Favorite Things” or “A Love Supreme,” you may be thinking of the sound of Mr. Tyner almost as much as that of Coltrane’s saxophone.)

Mr. Tyner did not find immediate success after leaving Coltrane in 1965. But within a decade his fame had caught up with his influence, and he remained one of the leading bandleaders in jazz as well as one of the most revered pianists for the rest of his life.

Alfred McCoy Tyner was born in Philadelphia on Dec. 11, 1938, to Jarvis and Beatrice Tyner, both natives of North Carolina. His father sang in a church quartet and worked for a company that made medicated cream; his mother was a beautician. Mr. Tyner started taking piano lessons at 13, and a year later his mother bought him his first piano, setting it up in her beauty shop.

He grew up during a spectacular period for jazz in Philadelphia. Among the local musicians who would go on to national prominence were the organist Jimmy Smith, the trumpeter Lee Morgan and the pianists Red Garland, Kenny Barron, Ray Bryant and Richie Powell, who lived in an apartment around the corner from the Tyner family house, and whose brother was the pianist Bud Powell, Mr. Tyner’s idol. (Mr. Tyner recalled that once, as a teenager, while practicing in the beauty shop, he looked out the window and saw Powell listening; he eventually invited the master inside to play.)

Just before Coltrane’s death in 1967, Mr. Tyner signed to Blue Note. He quickly delivered “The Real McCoy,” one of his strongest albums, which included his compositions “Passion Dance,” “Search for Peace” and “Blues on the Corner,” all of which he later revisited on record and kept in his live repertoire.

Original article source: https://goodblacknews.org/2020/03/06/r-i-p-jazz-piano-legend-mccoy-tyner-81/ | Article may or may not reflect the views of KLEK 102.5 FM or The Voice of Arkansas Minority Advocacy Council