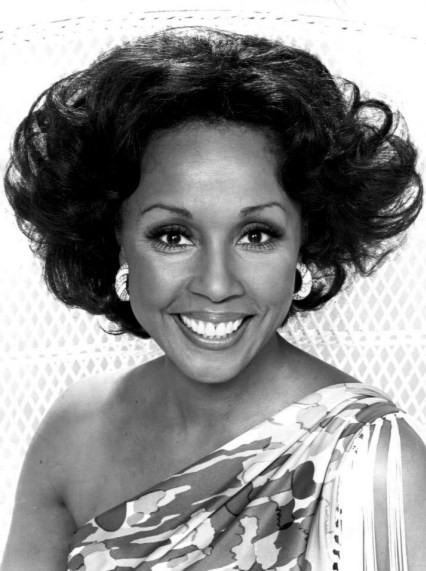 According to the Los Angeles Times, Diahann Carroll, star of stage and screen who changed the course of television history as the first African American woman to star in a TV series (1968’s ground-breaking sitcom “Julia”) and to win a lead actress Tony Award, has passed away. She was 84.

Born Carol Diahann Johnson in 1935 in the Bronx, Carroll moved to Harlem with her parents at a young age. With their support, she enrolled in dance, singing and modeling classes and attended Music and Art High School with Billy Dee Williams, who would later costar with her in “Dynasty.” By 15, Carroll was modeling for Ebony, and by 18 she got her big singing break after winning the televised talent show “Chance of a Lifetime” in 1954.

Carroll debuted as an actress in 1954’s Oscar-nominated adaptation of “Carmen Jones,” a retelling of the Bizet opera with an all-black cast alongside Dorothy Dandridge, Harry Belafonte and Pearl Bailey. In 1959, she headlined the musical “Porgy and Bess” with Dandridge, Sidney Poitier and Sammy Davis Jr.

Carroll was nominated for a lead-actress Oscar for her turn as a single mother in the 1974 comedy “Claudine” opposite James Earl Jones, and earned a Tony Award in 1962 for Richard Rodgers’ “No Strings.”

In the late 1960s, Carroll was cast in “Julia,” the enormously successful NBC sitcom that featured her as a war-widowed nurse raising a son.

Carroll won a Golden Globe for female TV star and a nomination for best TV show, among other nods. She also earned a lead actress in a comedy Emmy nomination in 1969. Because the show was sponsored by toymaker Mattel, she served as the model for one of the first black Barbie dolls and found her likeness plastered on a variety of merchandise, including lunch boxes and coloring books.

Original article source: https://goodblacknews.org/2019/10/04/r-i-p-diahann-carroll-84-groundbreaking-actress-and-tony-award-winner/ | Article may or may not reflect the views of KLEK 102.5 FM or The Voice of Arkansas Minority Advocacy Council